Coming into this round, the MotoGP world championship has already seen six different riders win in the past six rounds. Apart from the usual suspects of Jorge Lorenzo, Marc Marquez, and Valentino Rossi, the likes of Jack Miller, Andrea Iannone, and Cal Crutchlow have taken their maiden wins in the premier class. But for the seventh successive round, the world championship crowned its seventh different winner in a row: Maverick Viñales. 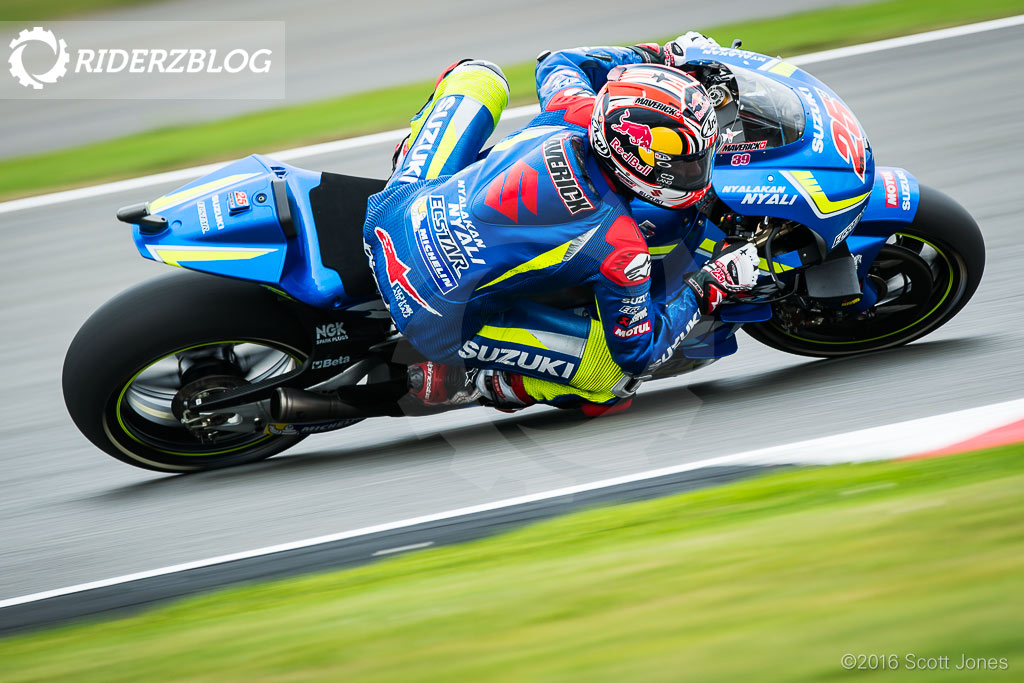 The 21-year old factory Suzuki rider notched the first win of his premier class career in dominating fashion, leading the race at the end of the first lap and through the end of the race. The race was actually restarted after an incident at Turn 2 of the Silverstone circuit on lap one brought out the red flag, the track marshals and medical staff needing to tend to both Pol Espargaro and Loris Baz after the two had come together at high speed. Viñales was already in the lead when the red flag went out before the first lap was even over. He looked behind him to see where the rest of the field was and found them nowhere – ‘When I saw the red flag I looked behind and they were so far. I said, I can’t believe that already I have this gap. Honestly in the second race I start third but I know I could push.’

And push he did. At the restart, Viñales was able to virtually replicate his first start, right down to leading at the end of the first lap. He punished the field early on, setting a pace like a bat out of cold hell leaving the rest wondering which way he flew to. Viñales had nearly a quarter of a second lead by the end of the first lap. One lap later, it was just shy of a full second lead. By the sixth lap, his lead had grown to over two and a half seconds, and he did not relent as he continued to build on his blistering pace that found him over five seconds ahead of the pack. Viewers at home hardly saw the young Spaniard racing, which was the same that could be said by the rest of the riders he was racing with.

The dry but cooler temperatures at the circuit helped Maverick’s Suzuki GSX-RR. Much in the way that Andrea Iannone’s maiden win at Austria was anti-climactic as the track suited the strengths of his Ducati GP16, Sunday at the Silverstone Circuit offered circumstances that suited the GSX-RR, the Suzuki machine suffering in low-grip conditions, either when it was wet or too hot.

But whereas Ducati and Iannone’s win two rounds ago were almost expected, the expectation was not the same from Maverick in this round out. And while the stars did align for the Suzuki GSX-RR to finally showcase the talent of its young rider, the fact is the world and the rest of the MotoGP grid has now had a chance to witness just how much talent there is burgeoning in the Spaniard, as he was completely untouchable in this straight fight.

This win was an impressive feat for Suzuki, in only the manufacturer’s second year since returning to the class. It is only their second win in the premier class since 2007, when Australian Chris Vermeulen took the win during a wet French GP in Le Mans, and it is Suzuki’s first dry race win since 2001, when the world championship was still in the two-stroke 500cc era.

As for Viñales, his win was only a ‘surprise’ in how soon it came, but there was no doubt that he could do it. Who this win is more meaningful for is to the rest of the grid, as we now know what the young rider can do on a developing machine as he exits the Suzuki squad at the end of this season, and into a developed, title-winning machine – the Yamaha YZR-M1.

The Rest of the Best

While it wasn’t ‘exciting’ to witness Viñales demoralize the field by taking off at the front, the rest of his competitors provided absolute excitement on two wheels as a handful of them vied for the next best podium finish for second place. 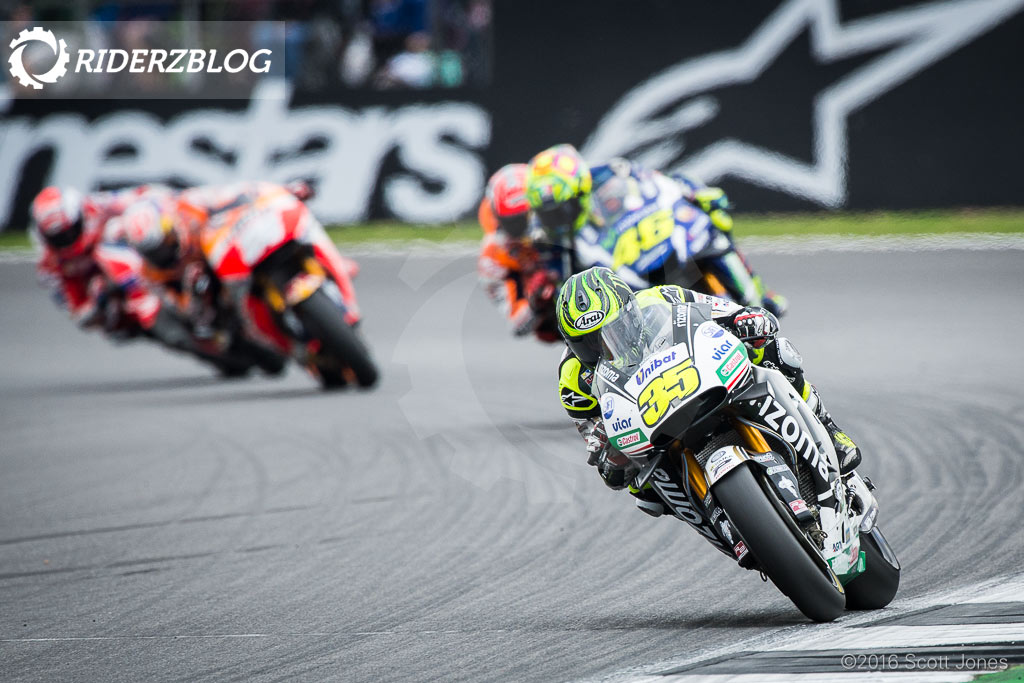 Marquez, Rossi, Crutchlow, and Iannone all put on a gladiatorial battle out on track, as the foursome took it to each other equally for the duration of the race. Iannone would eventually crash out of the battle, leaving Rossi fending off the attacks from the two other Honda riders of Marquez and Crutchlow. Crutchlow, in the form of his life fresh from his first MotoGP victory in the previous round and taking the pole position for this round in equally impressive fashion, would best the Italian and factory Honda rider Marc Marquez en route to taking the second place finish. Valentino Rossi would go on to take the final podium spot, but not without having to fend off Marquez, with shades of the Italian and Spaniard’s enduring on-track rivalry coming into play here again. As much as I would like to recap all the action, believe me, this race is not one to be described in writing. It demands to be seen.