How many times have you heard someone say, “Oh, it’s only cosmetic damage?” In the past I’ve heard a variation of this sentiment more times than I can count when shopping for a used vehicle. The seller of course wants to down play the eyesore their bike is sporting, and the buyer tries to decide if they can deal with the ‘cosmetic damage.’

I’ve owned my Suzuki GSXR-750 since the summer of 2014. So, a little over two years now. When I bought it, the bike was in perfect shape, modifications and all. No damage to the fairings or sliders at all. I was over the moon to find such a gem. I swear the bike spoke to me as I was there to buy a completely different motorcycle. 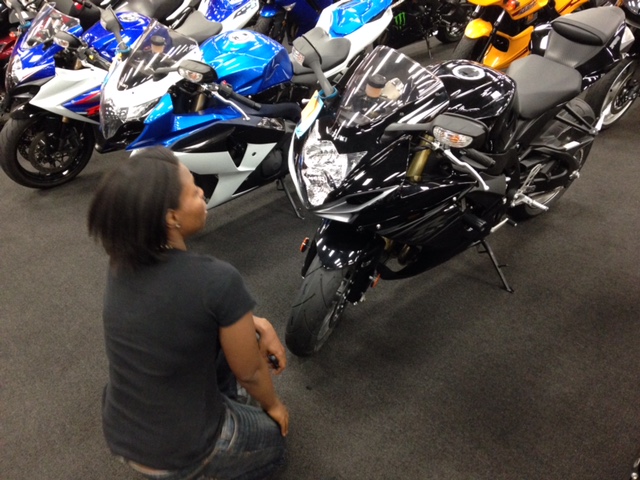 Over the years, I’ve had small incidents occur with my bike. I took a tumble on the 101 highway about two weeks after I purchased the motorcycle. That’s when I first learned to appreciate how important sliders were to all sports bikes. I literally watch my bike slide away from me on its side which completely sucked. However, when I picked it up, I only took damage to the slider.

My next small ding occurred while I wasn’t around. It happened during the fall of 2014 on Halloween night. Some unidentified bozos pushed my motorcycle over onto it’s side. The tail fairing cracked as I’m assuming it hit the curb, and it has been a sore thumb ever since. 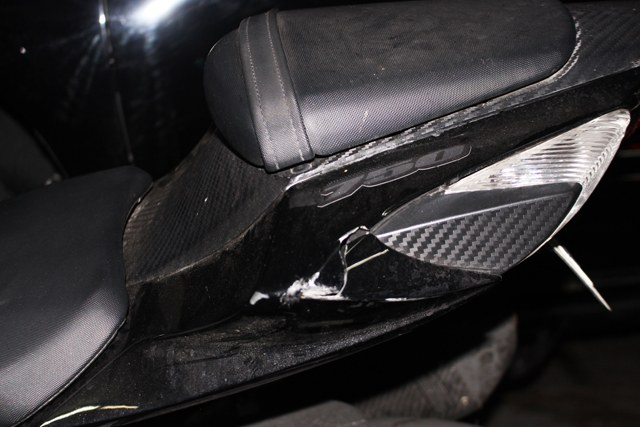 The brake lever also took a little damage as it was bent back. It’s hard to see the damage upon first sight, but I can definitely feel the difference. The lever is much closer to the handle bar now. To be honest, it’s not terribly troublesome because I have small hands and it makes gripping the brake much easier. 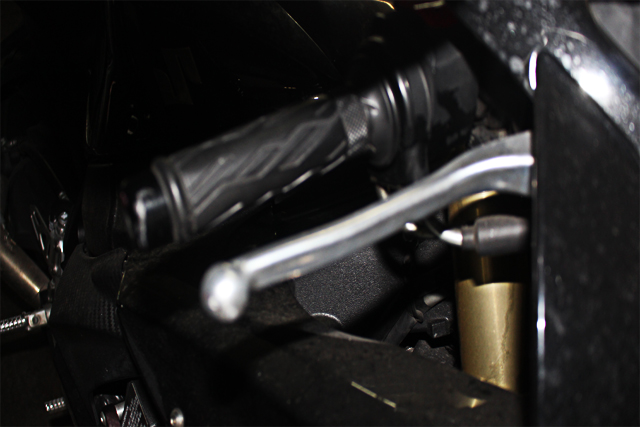 This year, I’ve encountered more acts of vandalism that have resulted in me getting my gas cap replaced. That same night, it looks like a fork or something was used to scrape at the design decal on my motorcycle. I’ve chosen not to replace that one, because it is such a small annoyance that only I seem to notice.

So, this summer I’ve decided to replace or fix the small dings that took my motorcycle from a ten down to an eight. All together a new rear fairing, brake lever, and sliders are going to cost me a respectable penny. I could allow these minor infractions to my bike’s aesthetic to exist, but I think I’ve let it last long enough.