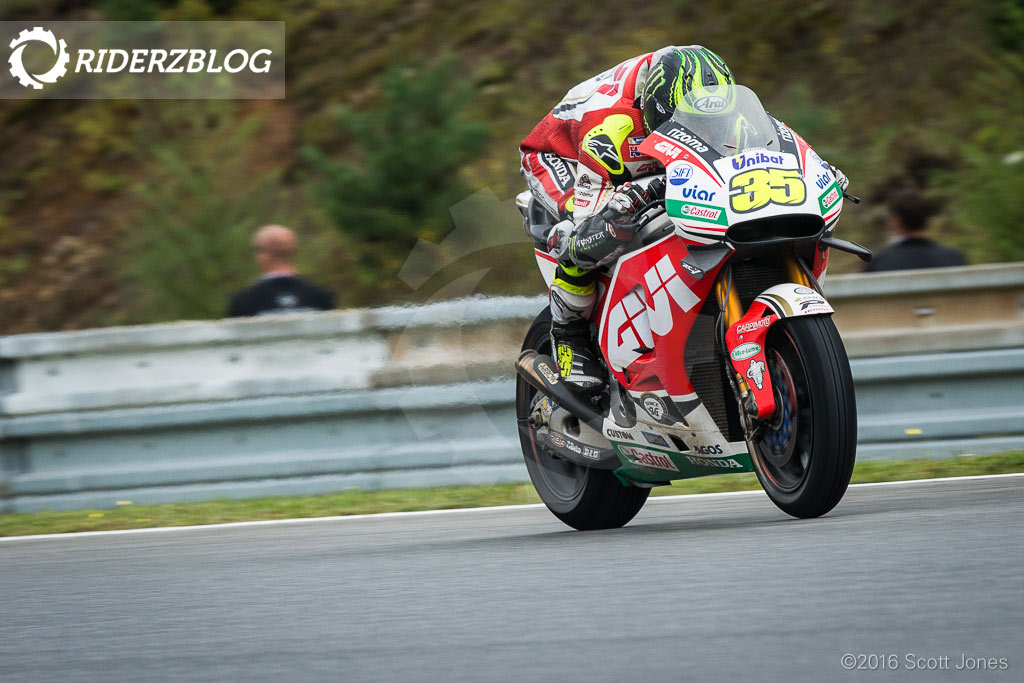 Crutchlow was talking about the rest of the grid during his interview at parc ferme at the end of the race, with particular regards to their tire selection.

The Brno GP of Czech Republic was another wet race to begin with, with perhaps another possibility of a flag-to-flag race wherein the riders may come in to switch from their wet to dry bikes. Until then, it had been a matter of compound selection for the wet tires before the race began, the majority of the grid opting for the softer option compound for both the front and rear wet tires, save for a handful of other riders. Both the factory Yamaha riders Valentino Rossi and Jorge Lorenzo would pair their soft compound front with a harder compound rear wet tire, while both Crutchlow and Frenchman Loris Baz would go all in, opting for the harder compound for both their front and rear wet tires.

Crutchlow’s ‘wimp’ comment was clearly made in jest, as he further expounded that he doesn’t understand why anyone would go ‘half-in’ with their tire selections, pairing a soft compound tire with a harder compound tire.

But as the saying goes, sometimes there is truth in jest.

When the lights went out to start the race, it seemed that the gamble in one or a pair of the harder compound wet tires had been a mistake, the harder compound not providing the necessary grip at the early stage of the race to find their riders competitive with the rest of the grid. Jorge Lorenzo, who started the race in 2nd position, would find himself as low as 16th by the fourth lap while his teammate Valentino Rossi dropped as far as 13th from 6th on the grid. But while the rest of the grid on their softer compound rain tires would make early work of the defiant handful, the harder compound Michelin rain tires would eventually get up to their optimal working temperature, providing the needed grip that their riders had been banking on. Rossi would go on to start his charge to the front at the eight lap, making up seven positions in eight laps following to latch on to the leading trio, eventually finishing the race in 2nd position, the highest position his softer option front tire would allow.

Rossi’s teammate Lorenzo, despite the similar tire choices, would not fare so well. Lorenzo would lose faith over his tire selection despite his lap times dropping as the harder option rear got working, the Spaniard opting to pit in on the 15th lap and change to his second bike fitted with dry slicks, only to come back into the pits again a few laps later to return to his wet bike. Lorenzo would not score any championship points for this round, while his title rival Marc Marquez would salvage a 3rd place finish from pole position on the grid. 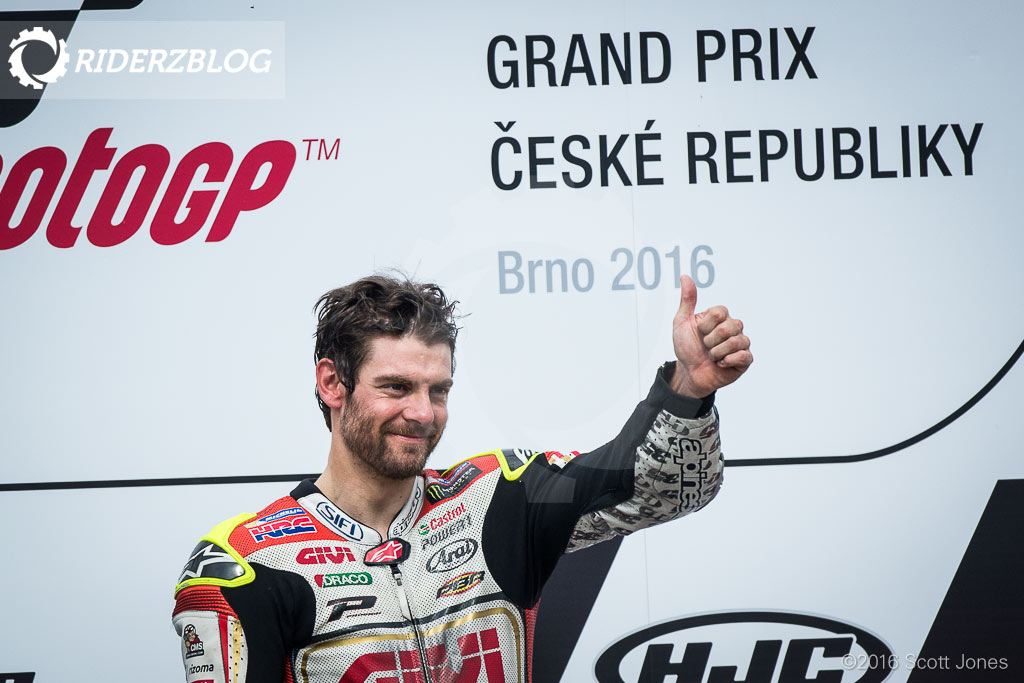 aving celebrated the birth of his first child earlier this month, Cal did not get the memo that having a child would slow one down.

But it was Cal who would be the king for the day, the British rider making an astonishing charge through the field after being relegated to 15th from 10th on the grid. Buoyed by lap times at least a second and a half faster than the rest of the grid once his harder compound tires came on, Crutchlow proceeded to cut through the field on the 7th lap, making up eleven positions within the nine laps following, leading the race by the 16th lap and never yielding until he took the checkered flag at the end of the 22nd lap, the Brit bringing home his tenth podium finish in the premier class, and the first win of his six-year GP career.

The number 35 rider went all in with his gamble and reaped his rewards handsomely, ending a 35-year drought for a British winner in the premier class of the world championship.