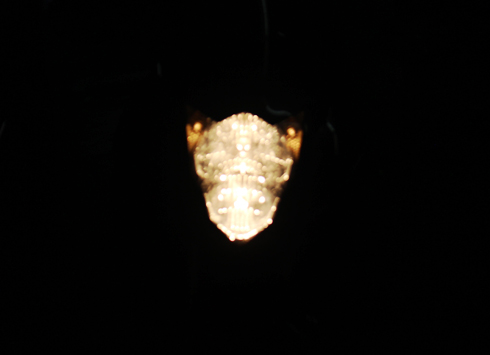 Recently while talking with friends I discovered I’ve been commuting incorrectly since I started riding. Back when I drove cars regularly, I only used my brights for roads with minimal street lights or none at all. I’d been taught it’s inconsiderate to blind on coming traffic with your high beams. So, when I switched over to riding a motorcycle full time, I stuck to this rule.

However, it seems like I’ve been doing this wrong. During my conversation with my friends, I’d been complaining about drivers hugging the line too often, at night especially, as I’d had a few close encounters recently. My buddies went on to say how they always kept their brights on at night. Their belief was simply that the addition of brightness helped alert drivers of their presence farther out.

Later that night, I tried it out. I switched my high beams on, and took off for the road. My ride home from work is a nice blend of different layouts so to speak. I ride over a mountain, get on the freeway, then drive through a crowded city neighborhood. In the mountains I felt fine and justified having my high beams on. I also felt better being able to see the bushes on the sides of the road clearer, and the curves up ahead.

However, on the freeway I felt a little rude. I wasn’t sure if the cars in front of me were nervous about presence, or if I was pissing them off with my bright light. On the up side, I did feel safer on out there. I knew for sure the drivers saw me, and that’s all really mattered in my book.

Once I reached my neighborhood, I was comfortable driving with the high beams. I live in a very busy/cluttered part of town, and drivers often make thoughtless decisions on the street. I didn’t have any troubles though with the high beams. I especially enjoyed the extra amount of visibility provided from riding this way at night.

Now, I ride with my lights bright every night. I’ve still found myself having some close calls at intersections, but that’s to be expected given the self-serving nature of the average Los Angeles driver. Nevertheless, I need to be seen in order to protect myself as I’m not surrounded by a metal box. As motorcyclists we have to be selfish most times because the truth is, no one else on the road is truly looking out for our best interest. After the craziness I’ve witnessed on the road, everything is fair game when it comes to safety.