Look, I’m sorry. I shouldn’t have told you to f- off out of the blue in our latest podcast episode over your performance in this year’s German GP at the Sachsenring circuit. My bad. Just a momentary lapse of emotional outburst from someone that usually keeps their shit together. It was inexcusable.

But there was a reason for it, and I’m going to tell you right here.

First I’m going to start off with this: You’re not even my favorite rider, bro. That honor goes to Casey Stoner. And I do believe that Valentino Rossi is the greatest of all time. I thought that well before his second breath of life since returning to Yamaha, and nothing is going to ever change my mind.

So where does that leave you to me?

You’re MotoGP to me, bro.

See, Stoner’s long retired, and while he teases me every now and then with some testing here for Honda or testing there for Ducati, maybe an endurance race for good measure, the fact is Stoner’s not racing any more. And while I may believe that Rossi is the GOAT* he had already been dominating the sport years before I came into following it. But you, you entered the premiere class in 2008, the same year that I started watching MotoGP. A hotshot 21-year old Spaniard thrust right into the limelight and right across the factory Yamaha squad alongside the GOAT. There hasn’t been a season of MotoGP I’ve watched that you weren’t a part of. So to me, you are synonymous with MotoGP.

But just as I’ve seen you rise, I’ve also seen you falter. I’ve seen you fall. And you do have your fair share of falling, in many sense of the word. I’ve seen you break bones, tear ligaments, your spirit dimmed. And unlike your punishing but metronomic pace, your falls tend to be spectacular and dramatic. Remember when you highsided yourself to the moon during a practice session of the Chinese Grand Prix in your rookie year? Remember how you bashed your head how many times two weeks later from another practice crash at the following round in Le Mans? Remember how you broke your collarbone during the Assen GP in 2013 from crashing out of a wet practice session? Remember when nothing seemed to go right for you at the start of the 2014 season, crashing uncharacteristically out of the race in the opening round at Qatar, then jumping the start in spectacular fashion in the next round at the USGP in Circuit of the Americas?

I’ve seen you in such disarray when your confidence takes a hit, you’d look like a lost soul on the grid.

But that’s ok. They were all ok. You’re still human after all, and humans have their flaws and missteps and run of bad form. And here’s the remarkable thing about you when you’re down – you’re still better than most. You must know that between your rookie season and the end of last year’s, you’ve never finished a race outside of the top ten save for once? In 2014 you finished the Assen GP in 13th place, but that’s to be expected given your demons over the circuit after breaking your collarbone there the year before. Speaking of breaking your collarbone during the 2013 Assen GP, bro, you flew out of that country and back into Barcelona to get that clavicle plated, then you flew back in for the race and finished 5th! After highsiding yourself to the moon during the 2008 Chinese GP and injuring both of your ankles, bro, you still finished the race in 4th! And two weeks after that when you had that nasty tumble during the Le Mans round, bro, you still finished the race in 2nd! You were in freakin’ crutches during the podium ceremony, bro!

And last year, when you had a bad start to your season, finishing out of the podium in the first three races of the year, you went on a goddamn tear of four consecutive wins against the likes of the GOAT and Marc Marquez, eventually taking your third MotoGP world title. 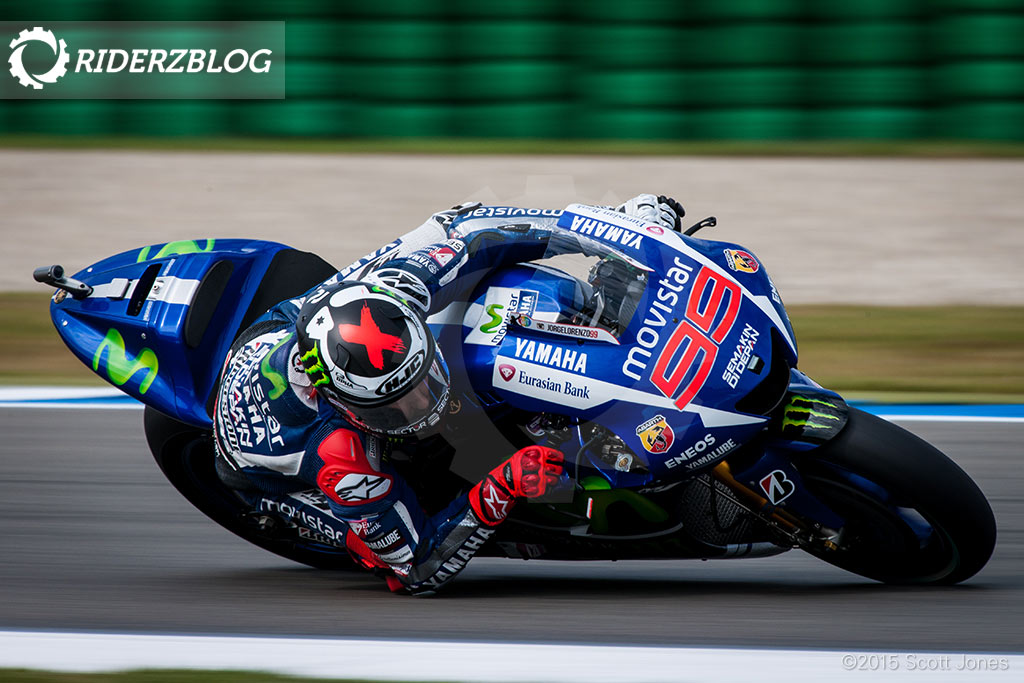 Bro, even when you’re down, you’re good enough. Good enough to be on the podium. Still better than the rest for a top five finish. Easily a top ten finisher if nothing else. You’re not a bottom feeder. You’re a goddman predator. Remember Rossi’s special helmet for last year’s Misano GP? The one where he’s the fish dwarfed by a massive shark behind the fish? That’s you, bro. You’re the goddamn shark on the GOAT’s tail.

And the thing with sharks is this – they’re no bottom feeder. Hell, they can’t even just ‘float around’, literally. Sharks cannot float because unlike all other bony fishes, sharks don’t have a swim bladder. Sharks are in constant motion cause they can’t settle or they’re going to sink. And you might think it’s a weakness that a shark can’t float, but stop and think that maybe that’s why sharks are such a feared predators; they’re always moving forward. Never moving back, never still; always pushing forward primed for that kill.

Even a predator in its worst preying days is still a predator feared.

So imagine my amazement, after nine years of watching you evolve into a form of a predatory racing machine, to see you just settle for that 15th place in this year’s German GP. I would’ve never thought I’d see a day like that. You’re a three-time MotoGP champion that’s never finished a race outside of the top ten save for once in your career. You’re Jorge-goddamn-Lorenzo, a great white shark in the cutthroat sea of MotoGP, and you settled. You can’t do that, bro. It’s not in your nature. It’s not how you’ve grown and you didn’t evolve with the ability to handle that kind of mediocrity. That will be your downfall, bro. It’s going to sink you. 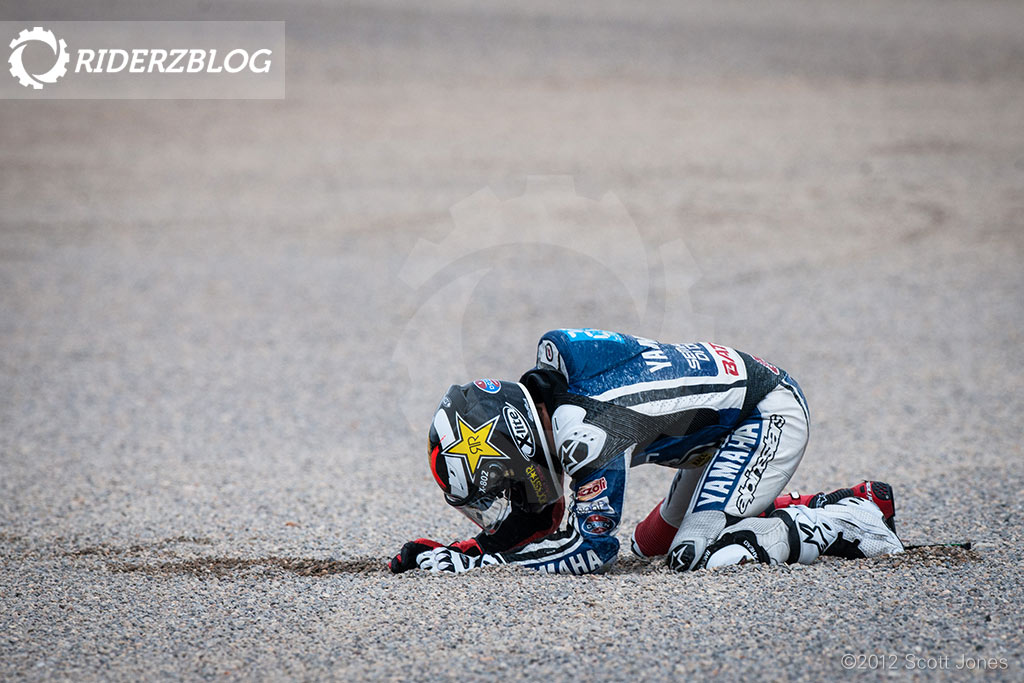 Pick yourself up, bro, however it is that you do it. You’ve done that before too, and each time you went on a feeding frenzy. You’re Jorge-goddamn-Lorenzo. You’re not a bottom feeder, bro.

The rest of the grid is inching closer to you than ever, circling over and smelling blood in the water.

They’re all right there.

*Greatest Of All Time, not to be confused with the Wrigley Field “goat.” -Editor