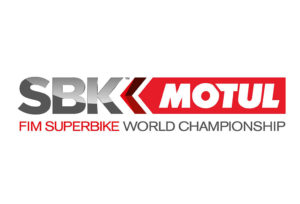 Tom Sykes went into this round third in the points championship from Chaz Davies in second and Jonathan Rea leading the tally in first. In fact, in the past few rounds the title battle has truly been between Rea and Davies, Rea only having outscored Davies by a total of two points in the last four rounds. Davies on his Ducati have come on to form since the Aragon round taking a pair of double-wins in two of the past four rounds including Aragon. Coming into this round, Rea has notched a total of five wins so far in the season, Davies with four, while Sykes only had his second win of the season in the previous round at Sepang. Suffice it to say that Sykes has not made quite an impression in the title fight in the first half of the season.

But Donington Park is a home round for Tom Sykes who hails from Yorkshire, England himself. He’s not called Mr. Donington Park for nothing, having done the double in Donington Park for the last three seasons prior. Sykes reminded those that needed to be reminding of his dominance in this circuit by qualifying in pole position over half a second clear of the second grid spot. There was no point betting against Tom Sykes, only on who would finish first behind him. If Sykes would get the holeshot once the lights went out, the grid was better off waving their goodbye until the checkered flag.

Surprisingly, Sykes’ first race of the weekend did not go as fairy-tale planned. Within the span of the first lap he found himself losing out on the holeshot from Davies, stuffed by Guliano through Goddards (the final corner), and then overtaken by Rea into the first corner immediately after. It took a while for Sykes to gather his composure again, at some point being behind nearly a second back from the front three. It was a bit worrying for Sykes for a bit there, looking like he was going to need some help of some sort to make it back to the front. That help came in the form of misfortunes for two of the three riders ahead of him.

Chaz Davies, who already had to do with missing a Free Practice session earlier in the weekend when his machine caught on fire out on track, lost the front on his Ducati into Goddards with seventeen laps to go. Davies remounted to join 16th, but this gifted Sykes 3rd during the race. Davies did good to make his way through the pack to salvage even more valuable championship points, but while he found himself up to 9th position, he lost the front on his Ducati for the second and final time, unable to rejoin and ending his first race of the weekend with no points at all. In Race 2, Davies seemed to have ridden more sensibly rather than pushing for another win and taking 3rd place in that race instead for some valuable points.

Jonathan Rea also battled his own misfortunes during both races. Mechanical woes plagued him during Race 1 that resulted in multiple false-neutrals during the race. He managed to ride it home to a 3rd place for Race 1, but his frustration was evident in parc ferme as he reconciled with his crew chief. In Race 2, Rea and his ZX10R made a better showing, hounding Sykes in the lead for most of the race, Sykes’ pit board each lap showing “+0” as the gap back to Rea. It seemed like Rea and his crew sorted their mechanical woes overnight, but as Rea finally made the move on Sykes into the Melbourne Loop, another false-neutral into Goddards one corner later found Rea running wide and letting Sykes through again. With Rea’s confidence in riding his own machine overcast, he rode it home to a 2nd place finish in Race 2, maintaining his very healthy title lead over Sykes, who’s double win in this round allowed him to jump ahead of Davies in the points championship.

Tom Sykes continued his illustrious streak in Donington Park, but this time he had to really work for it. In all my years of watching WorldSBK and watching Tom Sykes stamp his authority for every Donington Park round, this year’s round has proven to be the most trying for him.

But the biggest takeaway, which is also the most constantly remarkable takeaway, is Jonathan Rea’s continued title defense campaign. While he sometimes finds himself struggling with his ZX10R, an all-new machine for 2016 compared to his 2015 title-winning bike, Rea still finds a way to manage his races and finish on the podium. Seven rounds into the season and fourteen races later, and Rea still has yet to finish a race off of the podium – a 100% podium success rate to date in 2016. While his competition pushes themselves and their machines to their limits – sometimes to failing efforts – Rea continues to produce enviable results despite having to ride through his own misfortunes with his own machine. Rea retains a full two-race lead at 56 points ahead of Tom Sykes in the championship halfway into the season.

If you’re Rea’s competitor, you must find yourself asking just what do you have to do to beat a guy who hits FIVE false-neutrals during a race and still finishes on the podium?

Jonathan Rea doing damage control during a race is still better than most of the grid riding at their wit’s end.