An off-duty Sheriff’s deputy was killed in a motorcycle collision on May 27, 2016.

The incident took place around 4:30pm while he and another rider were eastbound on Hidden Valley Parkway near Highway 15.

The rider has been identified as 25-year-old Philip Borja.

The motorcycle was struck by a Ford Fusion that entered the roadway without yielding to the riders. The other motorcycle veered into westbound traffic and struck a Volkswagen Beetle. Both bike ended up striking the Beetle, and Borja’s bike and the Beetle ignited.

Both riders were taken to the hospital with injures, but Borja died as a result of his injuries.

No arrests were made, and people in the cars involved were uninjured. The collision is still under investigation. The Corona motorcycle lawyers here at RiderzLaw offer our deepest, most sincere condolences to all the family and friends affected by this tragedy. We beg you readers to please, look out for yourselves out on the roads. 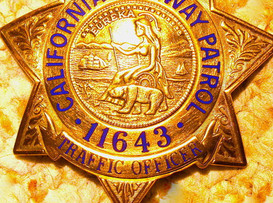