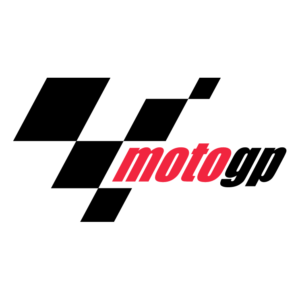 In racing, rain has been referred to as the ‘equalizer’, as water mixed with racing effectively dials back these beasts of MotoGP bikes substantially below their impossible capabilities. But the way I see it, rain is hardly an equalizer. Far as I’m concerned water is just as two-sided as fire is, and much in the way that the unexpected heat during race day at the previous round in Catalunya burned some riders on the grid while it allowed for others to shine, water has a way of drowning some while buoying others.

Rain is not an equalizer. It is simply another trial by fire.

Race direction declared the 26-lap flag-to-flag race a wet race, which meant that the grid would start on rain tires but with an option to pit in during the race to change to their second bike fitted with dry tires if the track dried enough to warrant it. It was not raining when the race began, but the track had been wet enough indeed to call for wet tires, and indeed it was wet enough to affect some riders to their dismay and others to their delight. Some riders were already sinking right before our very eyes, while some seemed to walk on water and capitalized on the conditions. Assen as a circuit dries out pretty quickly, and sure enough a drying line was becoming present around the circuit. It looked like it was inevitable that riders would start to pit in to change to their second bike but after eight laps, the rain fell back over the circuit, as if some riders weren’t already in over their head under water. It took Race Direction another four to five laps following to put a stop to the race via red flag; the amount of water poured over the track was quick to create a number of standing water in varying areas, and with the everybody’s rain tires already used for fourteen laps on a drying track, it meant that they were no longer in optimal shape to deal with the freshly poured water around the circuit.

Remarkably, virtually every rider that started was able to see the end of the first half of the race.

The race was eventually started with twelve remaining laps to run but unlike the healthy number of riders finishing the earlier half, the second half saw up to five riders crash out of the race within the first two laps since the restart, with a few more following as the race progressed. By the end of the twelve remaining laps, only thirteen riders saw the checkered flag.

Valentino Rossi, in the form of his second lease on racing life, was one of those who sunk when he needed to rise. Fresh from his masterful riding and fiery win at Catalunya, The Doctor not only clawed championship points back to his teammate Lorenzo in second but ultimately to Marc Marquez in the points lead as he trailed both Spaniards by 12 and 22 points respectively coming into this round.

The Doctor briefly held pole position during the second Qualifying session before his fellow Italian Andrea Dovizioso nabbed it from him, the factory Ducati scoring his first pole position of the season. Regardless, it was Rossi, who would lead the race by the time the first lap was finished and throughout the following lap, before Yonny Hernandez on-board his satellite Ducati would pass Rossi before the third lap started. The Colombian produced the ride of his career, at one point turning in a lap time two-seconds faster in the wet than Rossi behind him. Hernandez looked headed for a sure victory, his very first premiere class victory and the first non-factory win in MotoGP in ten years. But it still was not to be for both historic feats as three laps after the rain returned over the circuit, Hernandez had crashed out of the lead, yielding the lead to Dovizioso who had taken over the second spot from Valentino Rossi. The race was stopped three laps later.

After the restart, it was The Doctor again to lead the way with Dovizioso on his tail again, this time taking along Marc Marquez behind him. But with just one lap into the restart Dovizioso crashed out of the race, and then Rossi followed suit the lap after. The Doctor tried to remount his machine to rejoin the race, knowing full well the valuable championship points that could still be had, but his factory Yamaha could not comply.

The Doctor hoped to make more ground on his title rivals but instead found himself even deeper under with 18 points to make up to Lorenzo, and 42 points to Marquez to end the first half of the season.

Marc Marquez crossed the checkered flag celebrating as if he had won the race. He did not, but while he lost that battle he knew he took a win for the war as Rossi crashed out of race in front of the Spaniard, and Jorge Lorenzo finished 10th out of thirteen riders who saw the checkered flag. Again Marquez had foresight to ride for his season’s campaign, the young two-time world champion putting it best in words himself at parc ferme:

‘Today was a race to lose the points.’

An outcome that was anything but for Marquez, and was everything for his rivals Lorenzo and Rossi.

Scott Redding took to the podium as well, the English-man finishing the restarted race in 3rd for his first podium finish of the season, his second in MotoGP. Prior to the restart of the race, Redding was also showing form in the wet, making it all the way to fourth position from his 9th place start on the grid before the red flag was thrown out to end his chase for the front. Despite losing spots from his 4th place during the restart, Redding kept his pace while keeping his cool in a race reduced by attrition to finish on the rostrum.

History was made at the end of the Assen GP as 21-year old Australian Jack Miller not only took his first MotoGP win in his second year in the premiere class, but also ended a ten-year drought of wins for any non-factory team, Miller having ridden his Estrella Galicia 0,0 Marc VDS Honda RC213V to graceful victory. The Australian came as a surprise having qualified in 18th place for the race, but restarted the race in 4th, a position he never conceded and only took four laps into the restart to build upon to take the lead from Marc Marquez, following the exit of Rossi and Dovizioso. The Australian proceeded to lead the remaining nine laps of the race, unwavering and unfaltering, never looking back to take the checkered flag.

It had been a rocky year and half for the Australian in the premiere class, having been the first Moto3 rider to make the jump straight into MotoGP without doing their time in Moto2. And while this win may not come with its asterisk it is hardly indicative of what we should come to expect from Miller in the following rounds.

But hopefully the young Australian will be even more motivated having tasted fresh air of victory after having been humbled for so long by the deep waters of MotoGP.