While I had stored my Yamaha R1 and Ducati 749S over at my friend Trung’s shop, my Honda Hawk GT was actually dropped off at my other friend Rob’s shop, but not just for storage.

Before hanging up my commuting gear last season, my Hawk had developed a leaking fork seal. Not that it made for any different of a ride during my daily commutes, so I just shrugged for another month or two until winter came and I could have it sorted. The other reason for waiting until the off-season was I knew a replacement for seal wasn’t all it needed – refreshing the front and rear suspension altogether could probably do the bike some good, as well as a brake fluid flush. While I was at it, I also had the front tire finally replaced with a barely used tire from my R1 (prior to retiring it from street riding).
I’m a hypocrite like this. If we actually went back in time almost two years ago when I first bought the bike, I actually pointed out some items that the bike would need in the immediate future to help me negotiate the price. Like I always do. The price was negotiated, but I never did do what I had told the previous owner the bike could do with. Save for a new rear tire (and cush drives while I was at it) and coolant hoses (from a misdiagnosed problem), I pretty much just changed the oil once or I think twice in my ownership. The front tire was already worn before I even took ownership, but I’ve been riding on the damn thing for nearly two years now.
So yeah, whether the Hawk needed the maintenance to keep on chugging, it certainly deserved it. That is until Mike from Rob’s shop went through my bike and found that my front rotor was so thin it was flexing, and this was coupled with my front caliper in desperate need of rebuilding. So maybe it needed maintenance after all! Actually, I knew something was up with the front brakes by the way they operated from day one of my ownership; not only did it feel “wooden”, but when I pulled the lever there would be some resistance until I could continue pulling it back. It was like a two-step process at the brake lever. 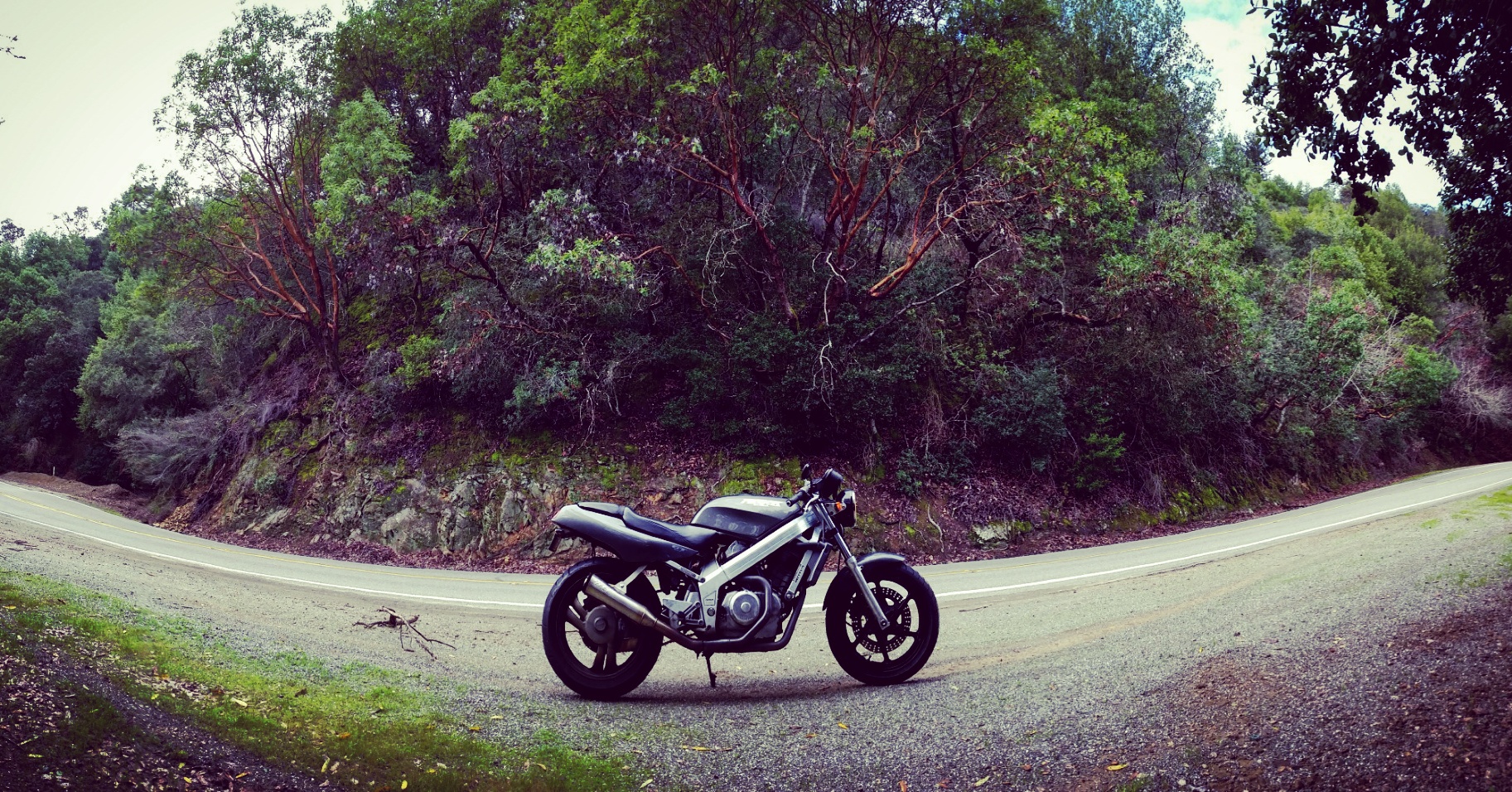 I just went ahead and gave Rob and his crew the go-ahead to do whatever the found the bike needed. Like I said, the bike deserved it for nearly two full seasons of daily riding without ever giving me any drama. So it pretty much took care of me despite needed some caring, so I’m really just returning the favor.
I got the chance to finally ride the Hawk again today after getting it back from its winter maintenance. The front brake pads bedding into the new (to me) front rotor took a few stops and slows but once they finally bedded in, gone was the wooden two-step front braking, and I finally had a proper front brake system nearly two years later! It’s like a new-to-me bike this Hawk is now to me.
I suppose that’s one “good” thing about neglect, eh? If you do eventually correct what you’ve long neglected, it’s like rediscovering your appreciation even for something you’ve been living with day-to-day.
So now I see a new year and a new kind of flying to be done on this old bird.