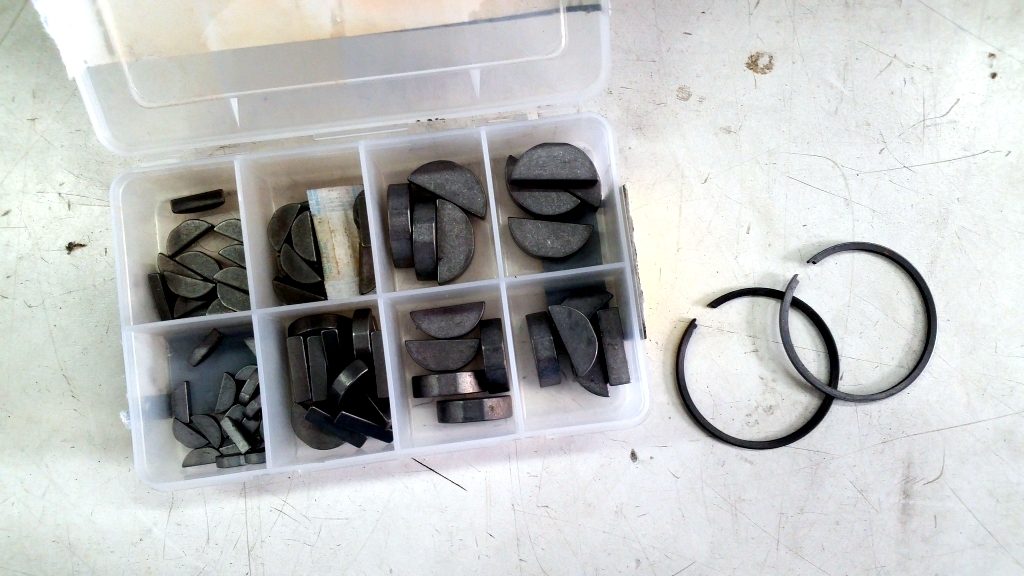 It didn’t take long for the parts that I needed to arrive, but it did take awhile for me to find some time again to get back to putting my vintage Suzuki back together. I never did get to fire it up before last year ended, but the upside is I now have another year to get it back up and running, ha!

First chance I could sneak out for a couple of hours or so, I went straight to Rob’s shop and into getting the Suzuki’s engine closed up. Breaking one of the two piston rings previously meant that the cylinder’s been off the engine. So my first order of business was to slip the new pair of rings onto the piston so I can slide the cylinder and head back on.

But again, if I have to remind you, this is me, which meant ANOTHER broken piston ring! Gah! While I at least got the cylinder slid over the first piston ring (unlike the last time out), I somehow broke the second piston ring as I tried to slide the cylinder over it. 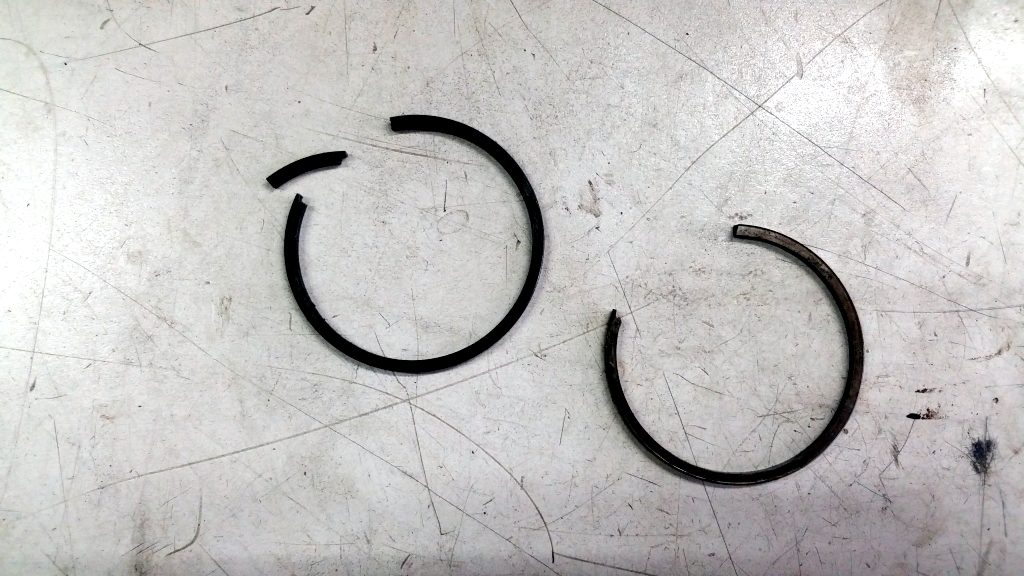 Fortunately we were able to salvage the situation. I still had two good piston rings, albeit only one was new while the other was well used. After removing the rings from the piston again, I handed off the task of putting on the two good rings to Rob. And just like that I got taken to school again.

To this day one of the best pieces of wrenching advice I’ve ever received from Rob was to create as much space for yourself as you can. Working with motorcycles means working in very tight spaces, as forgiving tolerances between motorcycle parts is an engineering premium. And with quite sizeable hands like mine, that advice has always resonated with me. This time out, the lesson he gave me was this: Let gravity do the work. 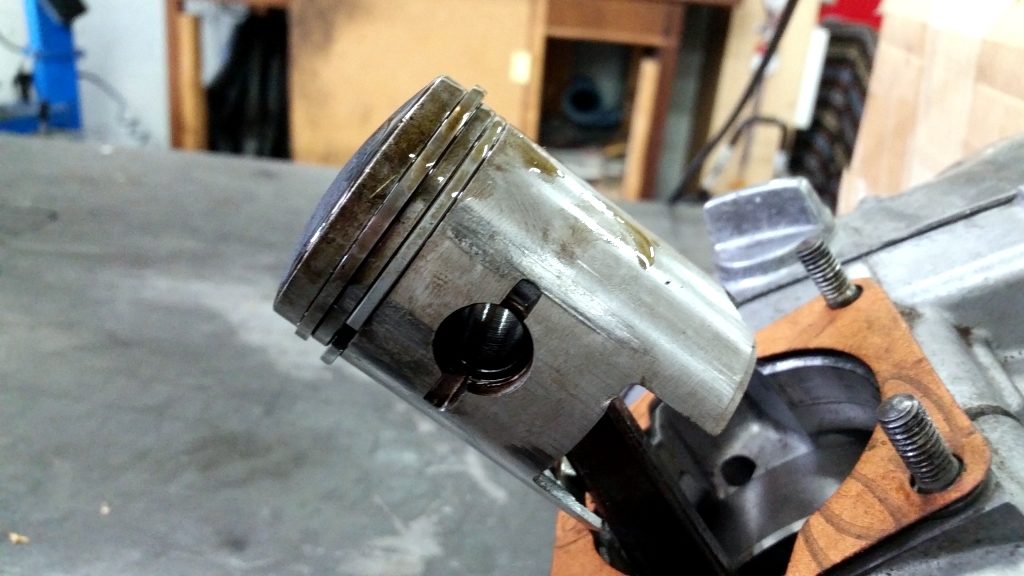 Why didn’t I think of smearing a little oil all around??

When Rob took a crack at it, he spent perhaps a couple of minutes gathering some blocks of wood to prop up the engine so that it was level, then finding an aluminum block with a cut-out center to go between the piston and the engine, so as to prevent the crank from turning. He then proceeded to take the same small amount of time to position the cylinder and head over the piston, squeeze the piston rings in, and let gravity take care of the rest. 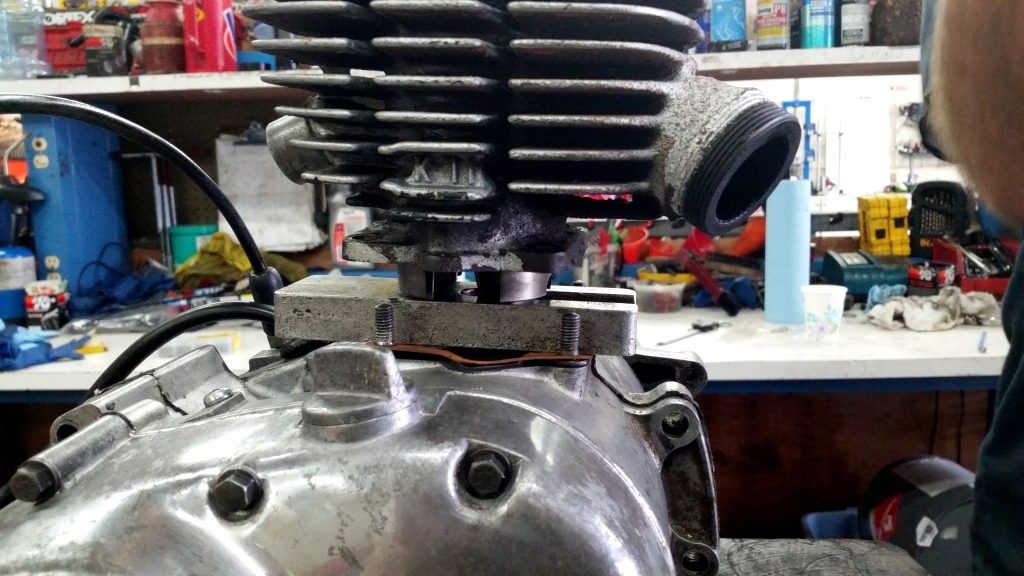 I was so elated I couldn’t be bothered to feel idiotic at how simple it could have all been to begin with, instead of at the costing me two piston rings. In any case, onward and upward!

On to finally attaching magneto to the crank. But first, we needed to make a woodruff key fit. 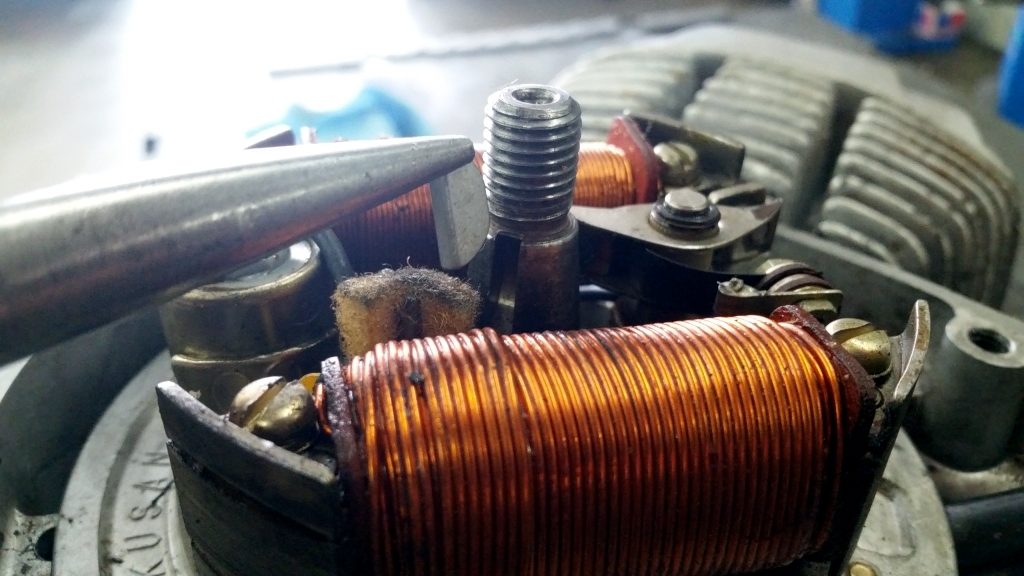 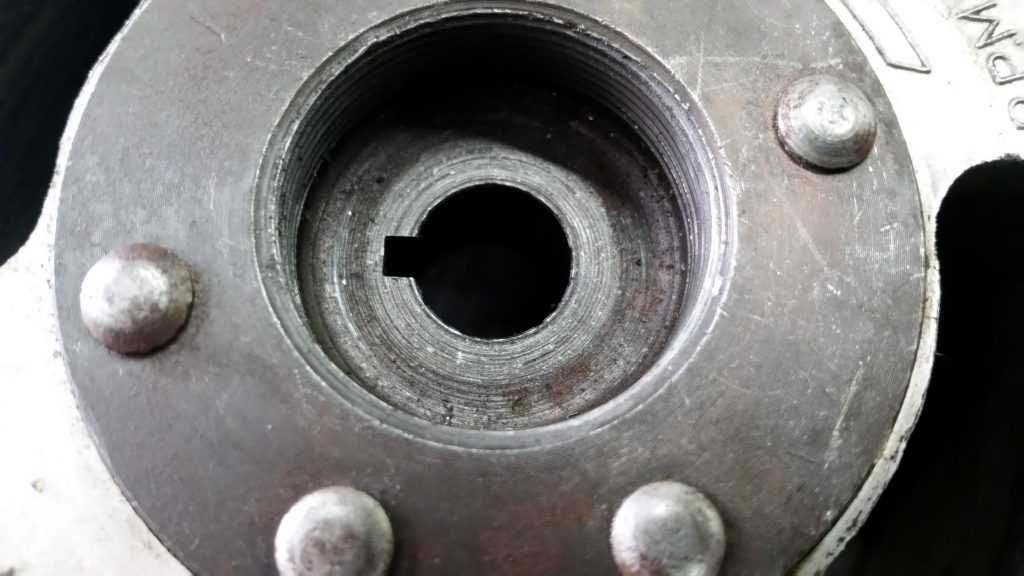 … which then mates into the slot in the magneto.

There is actually a timing component to how the magneto rotates on the crank. The woodruff key ensures that the magneto then rotates in complete sync with the crank, which I surmise has something to do with the ignition timing. I didn’t really get to ask, or maybe I did but I now forgot. Anyway. Despite a 70-piece kit of keys I bought, the smallest one in the kit was still too wide to fit either slots. It was close, but not workable without any modification.

So a good old-fashioned filing was in order. 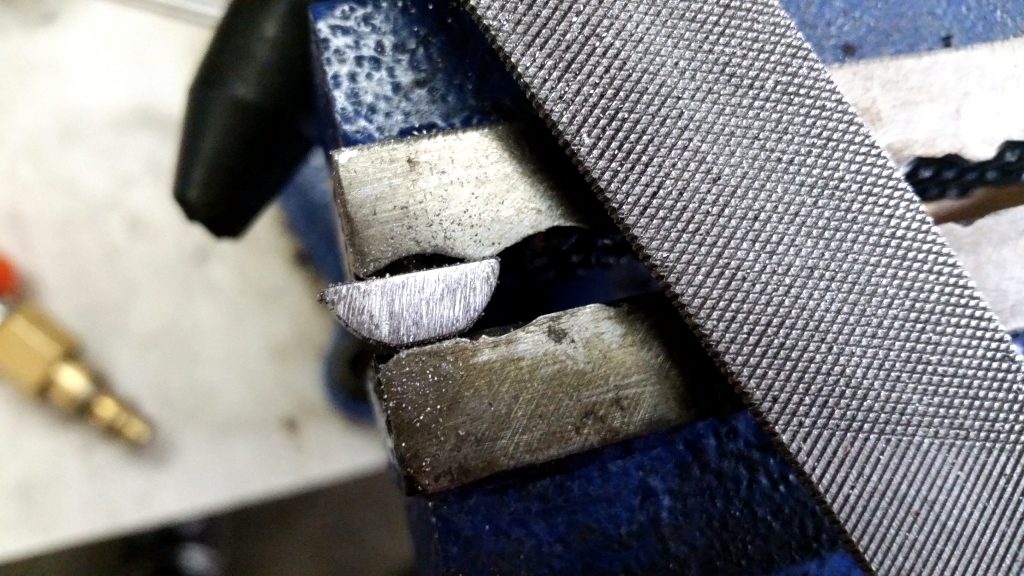 After some elbow grease, I finally got the key to fit on in the crank and the magneto. From there it was smooth sailing to getting the engine sealed up, and I managed to get the engine mounted on the bike.

Alas, I still was not able to fire it up. Never mind that I ran out of time, but the engine needed to be filled up with two-stroke oil, the gas tank filled with pre-mixed oil and fuel, and the 6-volt battery will need replacing after over a year of sitting, though I could’ve probably fired it up with the just the kickstarter.

But you know, who’s rushing?