So you want to buy a new motorcycle, and you’ve even somehow been able to narrow down which make you want, and even which model.  But how much should you pay?  What’s a good deal, and what about all these markups?  Many dealerships advertise, often with online ads bragging about unbeatable low low prices.  Prices that sound too good to be true.  Sometimes they are true.  Usually they are not.  Why not?  Well, unless you are being provided the OTD price, you’re not being told anything.  A new bike that is advertised on Craigslist for just $6500 may somehow cost you over $10,000.  What??? 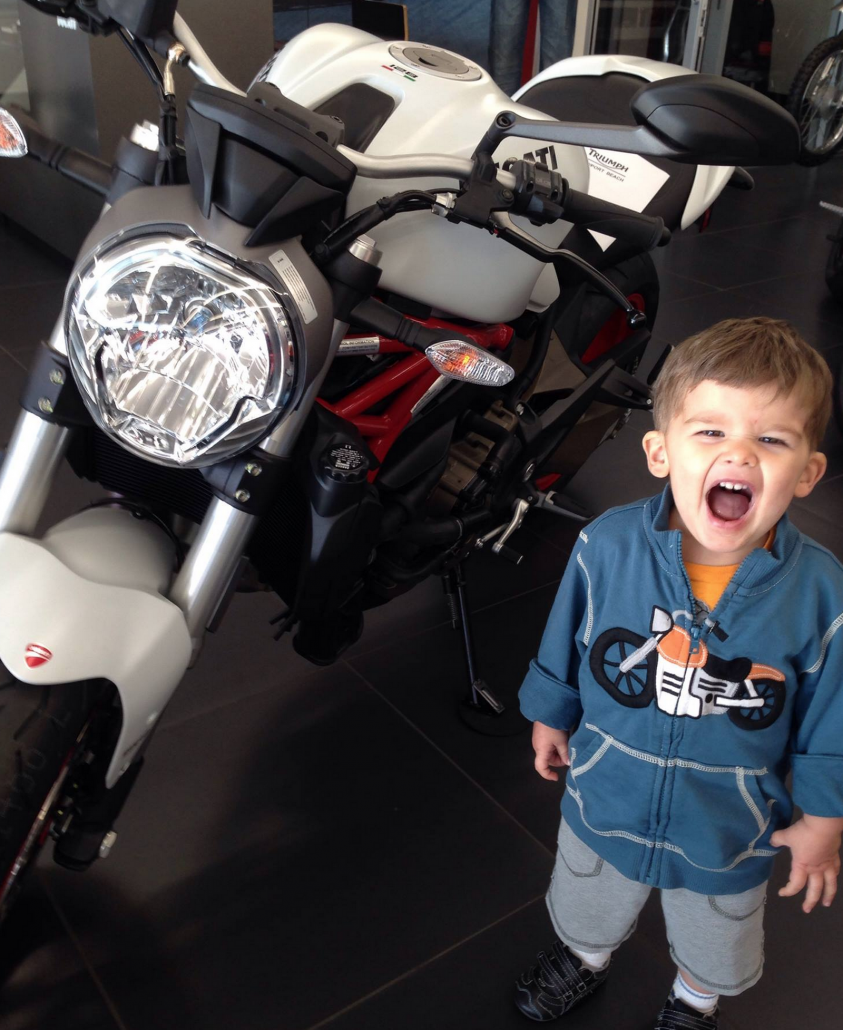 What to watch out for:

Freight — The manufacturers do charge the dealerships freight, and this is typically added onto the MSRP.  Seems reasonable.  However, most dealerships charge double, triple, or more than what they are charged by the manufacturer.  Honda, for example, typically charges around $300-400 freight to the dealership.  Dealers in SoCal charge as much as $1500 for this line item.  Ask the salesman why, and they will give you a song and dance about how that $300 only gets the bike “to the port.”  So I guess someone is charging them a grand to get it those last twenty miles?  I don’t think so.  (And incidentally, why do dealerships in the midwest often only charge the $300?  You’d think their freight would be much much higher, since they are so far away from the ocean.)  Don’t believe it one bit.  Do your online research, and don’t be bullied or bamboozled — some of the manufacturers put that info right on their website.

Prep — This is the cost to get the motorcycle out of the crate, put together, and ready to ride.  No matter what you are told, anything over two to  three hours labor is an unnecessary markup.  I’ve had one dealership tell me that their cost is so high because they use aircraft mechanics.  Maybe they do, but then why don’t they use motorcycle techs?  Are their mechanics not qualified to put a front tire on?  Scary.  And disingenuous.   It happens that a long time ago, I worked for a dealership putting together bikes out of the crates.  The dealership paid me $20 per unit prepped.  Sure, it was the mid-90s, but they still turned around and charged the customers $150.

Tax & Tags — Yes, these are mandatory charges, but they tend to be a place that dealerships sneak in little up-charges.

For the record, I don’t believe that PROFIT is a dirty word.  (After all, I’m a lawyer — not a saint.)  I just don’t like being lied to.  Don’t tell me that it costs you $1,500 to get the bike from dock to your dealership, then $1,500 more in labor to get it out of the crate.  There’s at least one dealership in Southern California that simply and honestly calls the freight and prep “dealer markup.”  It’s rather refreshing.

Remember, you don’t need to fight on all these things.  At the end of the day, the only thing that really matters — and the only way to compare apples to apples — is to look at the OTD prices.

So where do I go to buy bike?  You’ll find out tomorrow!