I have been trying to switch the gear shift pattern on the Ducati to GP-style (one up, five down) but despite three different attempts via three different methods, none of them offered a solution without having to compromise foot ergonomics. Normally, I could just take the shift arm attached to the transmission shaft and flip it 180 degrees and I’d be done, like I’ve been doing with any of my previous (Japanese) bikes. But while the Ducati does employ the same set-up (shift arm on the shaft), flipping it 180 degrees will bring it against the clutch slave cylinder mounted right above it. Nor could I reverse the shift arm to bring the offset outward (clearing the slave cylinder), because it leaves the shift rod rubbing against the foot peg.

Suffice it to say, I’ve tried to no avail at this time. Who knows, maybe I’ll revisit this later and come up with another solution but for now, I just wanted to ride the bike again for continued acquaintance.

This time, I wanted to take it out of the glitz and glamor of the more popular Bay Area motorcycle roads, and instead give it a try on roads that offered more challenges for the bike’s handling, with surfaces that would put the bike’s suspension to work. 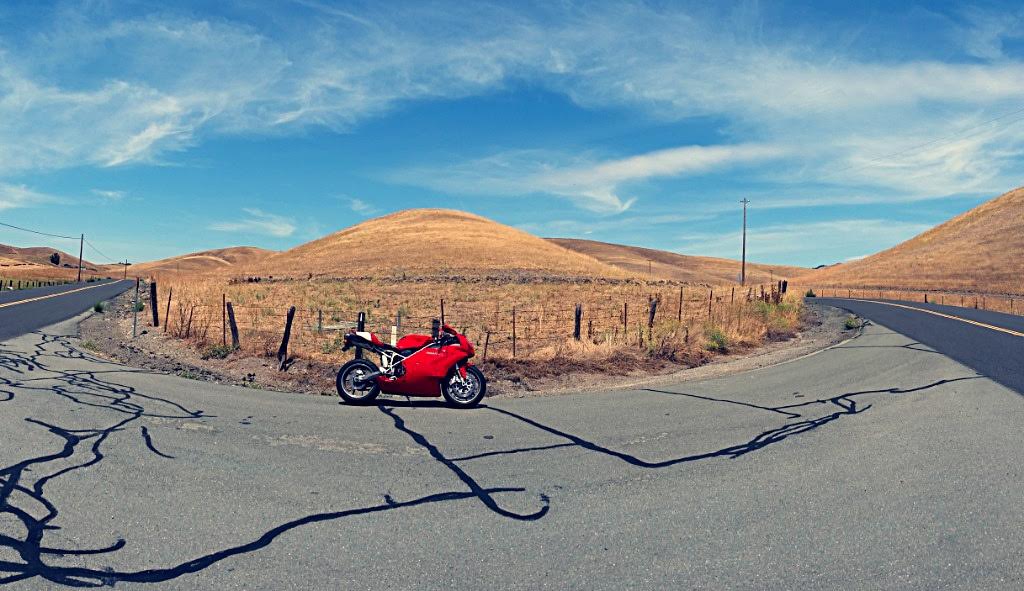 About 20 miles north of me are a network of Contra Costa County back roads that offer a differing feel than those I frequent in the South Bay or peninsula. Mainly, these roads lack the infamy so they’re hardly trafficked, and being in the valley means a more constant state of road conditions.

Typically in the mountain roads, the abundance of trees and plant life can play a big part in changing road conditions with debris and dry-to-damp conditions, especially when closer to the coast. Not to mention chance encounters with pretty large wild animals (deer) or residents pulling out of their driveways, which if paired with a limited line of sight due to the denseness of the locations only serves to make spirited rides at these locations that much more a practice of discipline. Out in the valley, the rolling hills tend to offer more consistent surface conditions for their roads, so this means less likelihood of anything jumping out in front of you without warning. And with a more open surrounding, you’re less likely to run over some kind of surprise on the road because your line of sight tends to be broader, allowing ample time and space to scan the road ahead.

It’s not without its challenges though, as the valley roads aren’t always impeccably kept, so the challenge is typically in riding a spirited pace over road surfaces that are far from smooth. Paired with twisties that can be tighter, it’s a technical challenge to ride fast on these roads.

But this was going to be my third ride on the Ducati so I didn’t want to just take it out for another ride in the twisties. I wanted to ride it in different conditions than I did the last time, with a good mix of high-speed sweepers and tight, technical bends to really put the bike’s suspension to work, to see how the steering is affected. I lauded about how it handled the last time out, but this time I really wanted to make the bike work for it. 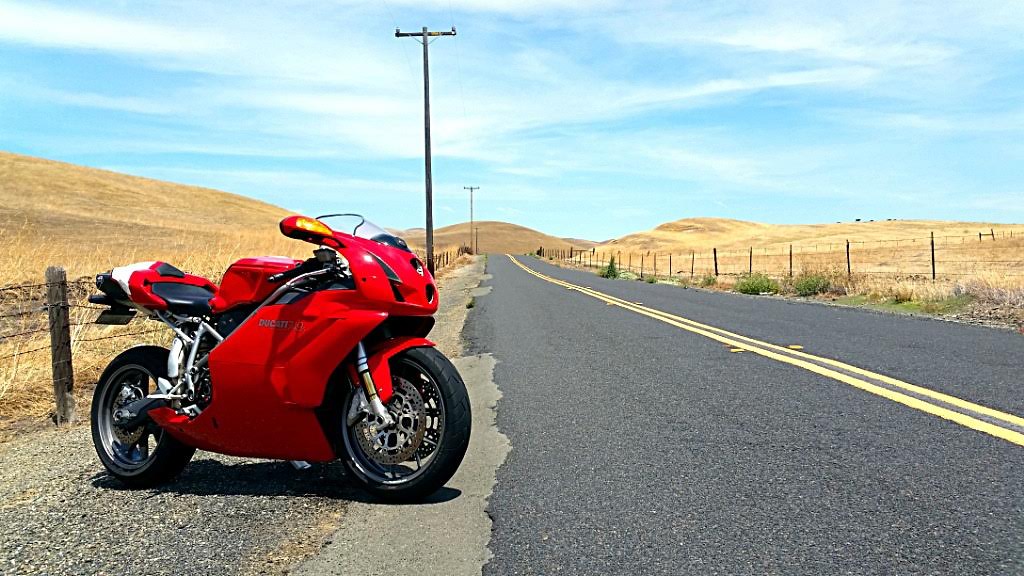 And boy did the bike work.

The bike’s handling remains its shining trait at this point. It doesn’t seem to matter what type of road or surface conditions I take it to, because it seems to deal with them all equally well. And it’s all still quite a pleasant surprise, leaving me wondering while I’m actually riding as to how this bike inspires such confidence to take on any kind of bend, at any kind of speed. It didn’t matter whether I was blasting through high-speed sweepers (which in the interest of being a fair role model for safe riding, I won’t elaborate on “high-speed” with an actual number) or tackling tight, bumpy twists and switchbacks, the esteem over wrestling the bike through them remains high.

And I say wrestle because as I previously wrote, the bike does not steer lightly. But it remains that this is not a dig; I’m not muscling the bike because it’s fighting me, it’s just it requires that much input for it to do your bidding. It’s not flighty, but it’s faithful. And again, for a guy my size, I actually appreciate riding a bike that actually feels like my physical match. It’s that kind of physical wrestling that you enjoy, you know?

For now, I remain highly impressed with the feel and handling of the motorcycle, even though I have yet to actually have the suspension tuned to my weight and riding style. I plan on taking care of that real soon, and I can’t even imagine how a well-handling bike can even get better.

But I can’t wait to find out.