“I know it’s been awhile since I last rode this track, so I’m not surprised that some bumps have turned up here and there. But I just feel like there seems to be too many bumps. I’m getting a lot of action on my front end. Can you check it out?”

I had asked my friend Rob.

He was in attendance too on my return to the track this year, also riding for the day. He and I had just both done a session, and I pulled out of the track after he did. I didn’t think Thunderhill Raceway could develop that many bumps in the half year since I was last there, so I thought maybe something was up with my front suspension. I know I had Rob freshen it up before hitting the track, but maybe the setting was off by a click or two one way or another, or something.

Rob bounced my front end up and down. See, he made his success as one of the best motorcycle shops in the Bay Area by first making a name for himself as a master suspension technician; before they were Evolution Motorcycles they were Evolution Suspension. But Rob didn’t find anything funny going on with my front end. So he made his way to the rear to test that one out for good measure. 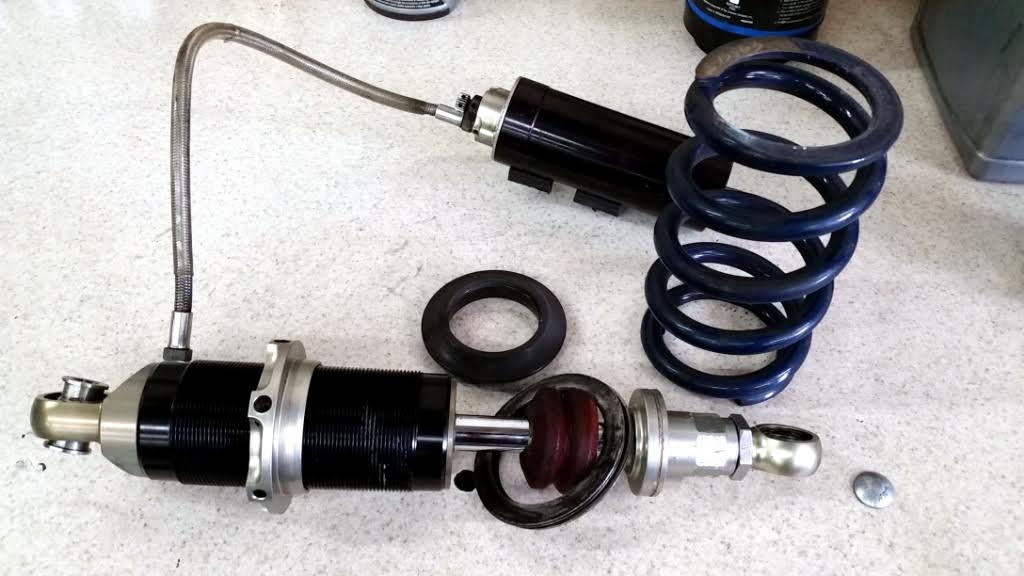 I had no reaction. I didn’t know if that was “oh boy…” or “oh boy!”  Nor did I really notice what he had. So I just continued looking at him, waiting for the punch line. He had to point it out to me. He bounced the rear and specifically indicated just how slowly the rear end rebounded after compression. The rebound rate was so slow I had to look intently to see it creep back up. It was like the hare and the tortoise in difference between the compression and rebound damping respectively. It had nothing to do with what I was feeling at the front, but Rob was actually surprised that I was riding around the track on a rear suspension that wasn’t even working properly. I told him I had intended for us to service it along with the forks prior to the trackday, but just ran out of time. He asked me when was the last time I had it serviced, and I told him that if I recall correctly, at least a couple of years ago, maybe three.

Then he got mad.

See, he chases me whenever we’re out riding together always trying to out-ride me. It’s all in good fun, as I like riding with friends I know I can trust anyway. He said he’s been working hard to catch up to me, but now he realizes I’ve been riding handicapped unintentionally for who knows how many track days now. So it was with a heavy heart that he even agreed to service my rear shock. 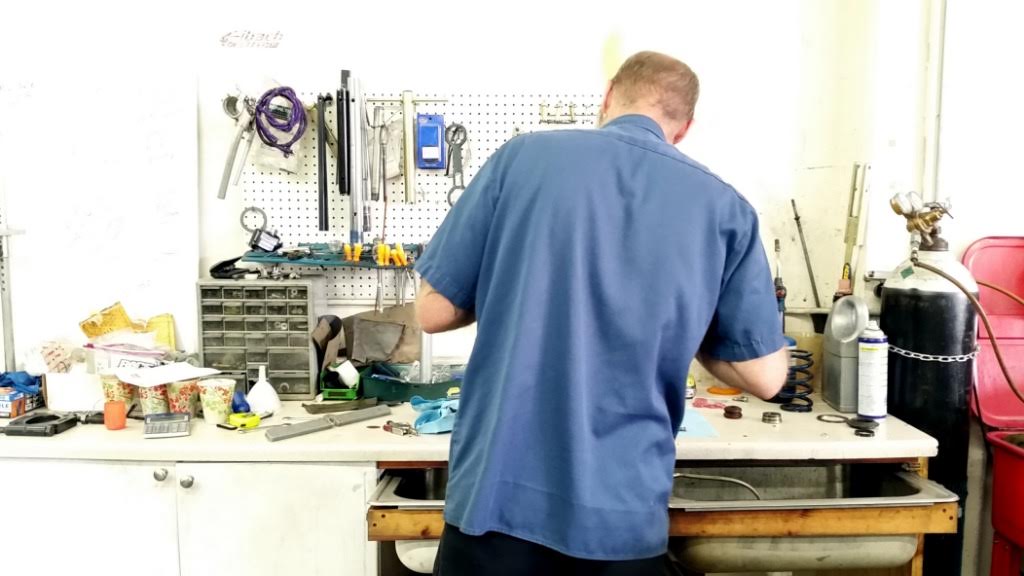 “On second thought, I should probably QC Rob’s work…”

Rob said he already knew what the problem was. It’s a common issue with the earlier Penske rear shocks. Effectively, there is a rubber “bump stop” inside that provides a cushion between two metal surfaces that contact each other regularly as the shock works. Penske had first used a kind of softer rubber material that would eventually disintegrate in time, making their way into the valve orifices, blocking the flow of oil and therefore hindering suspension damping. Penske has since upgraded that bump stopper to material less susceptible to that kind of wear and tear, and that’s what my rear shock needed. 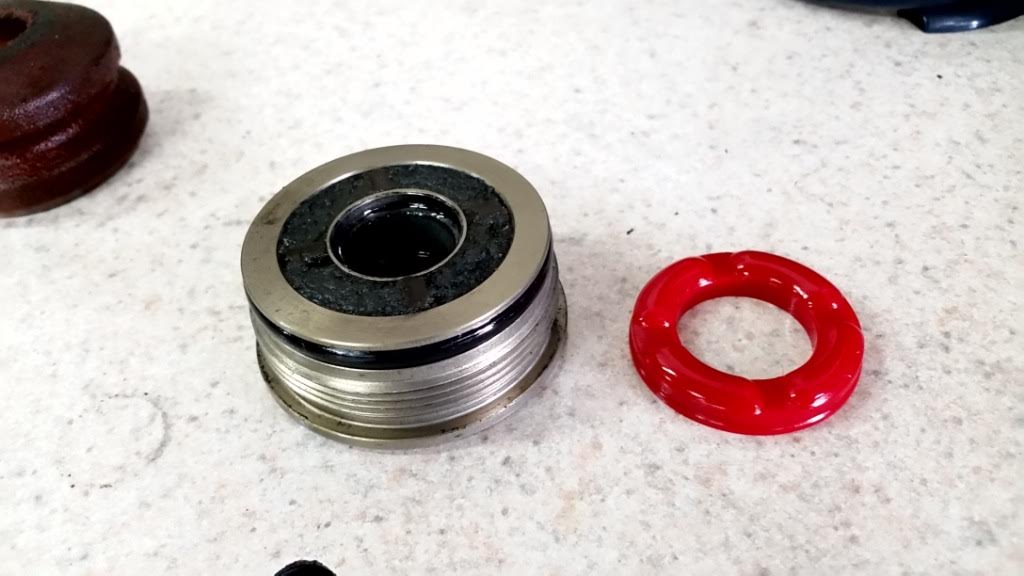 Compare what’s left of the original rubber ring in my rear shock, to the new one replacing it.

This is clearly my fault. Not just because I should’ve up kept my rear shock more regularly, but more because of both my disconnection with the minute behavior of my bike no matter how regularly I ride it, and my tendency to just ride around things (mostly because I don’t realize I am). Never mind a master suspension technician like Rob, but I have peers like me who are very much in-tune with what their bikes or their suspension is doing. One thing to start going amiss and they’ll know it.

Me, I’m none the wiser, and unless something’s egregiously wrong that even I can’t ignore it, I just keep riding. Sometimes I even ride around slightly handicapped if I don’t feel like it’s that big of a deal. Case in point: My front brake lever, which has been at an angle too high for my hand for the last half decade. At some point I had replaced the brake hose between the master cylinder and the reservoir to clear tubing for aesthetic purposes. Only I cut the length a tad too short to connect the two and since I couldn’t adjust the angle of the reservoir to compensate, I had to compensate with the angle of the master cylinder. Slightly awkward, but livable, but since I had been on a roll with refreshing my R1 all around, I figured I’d flush my brake fluid while Rob worked on my rear shock, giving me a chance to replace the brake hose to a more appropriate length, again of course, to Rob’s chagrin. 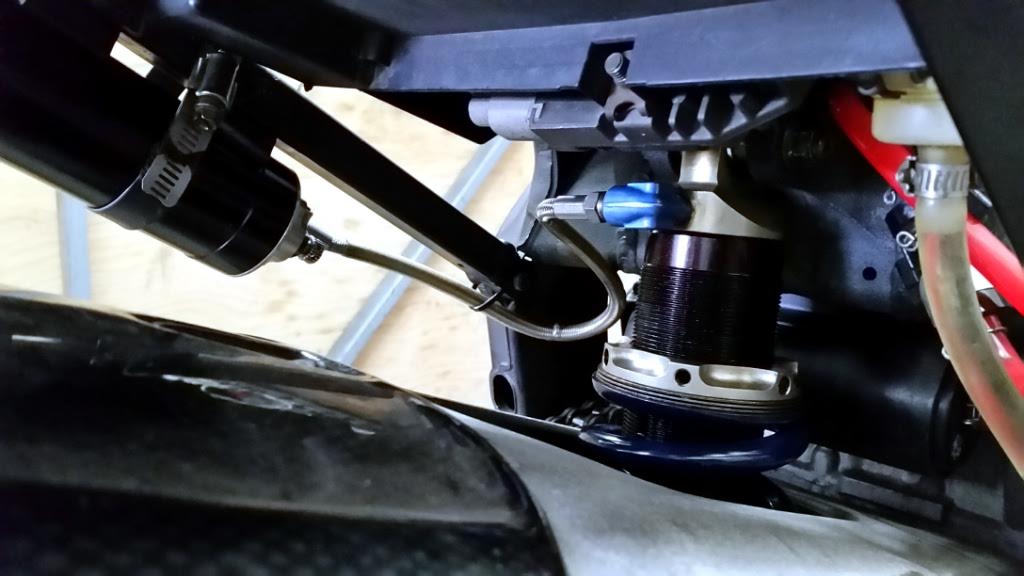 I have to say, even though it’s taken me this long to get my R1 this sorted, I’m really excited for my next track outing.

This is by far, the most tip-top shape my R1 has ever been at any given time since I’ve owned it, hands down.