I picked a hell of a time to finally return to some track action this season. 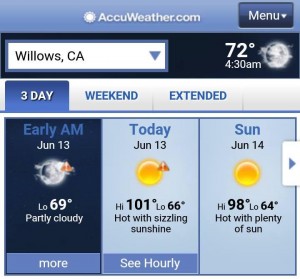 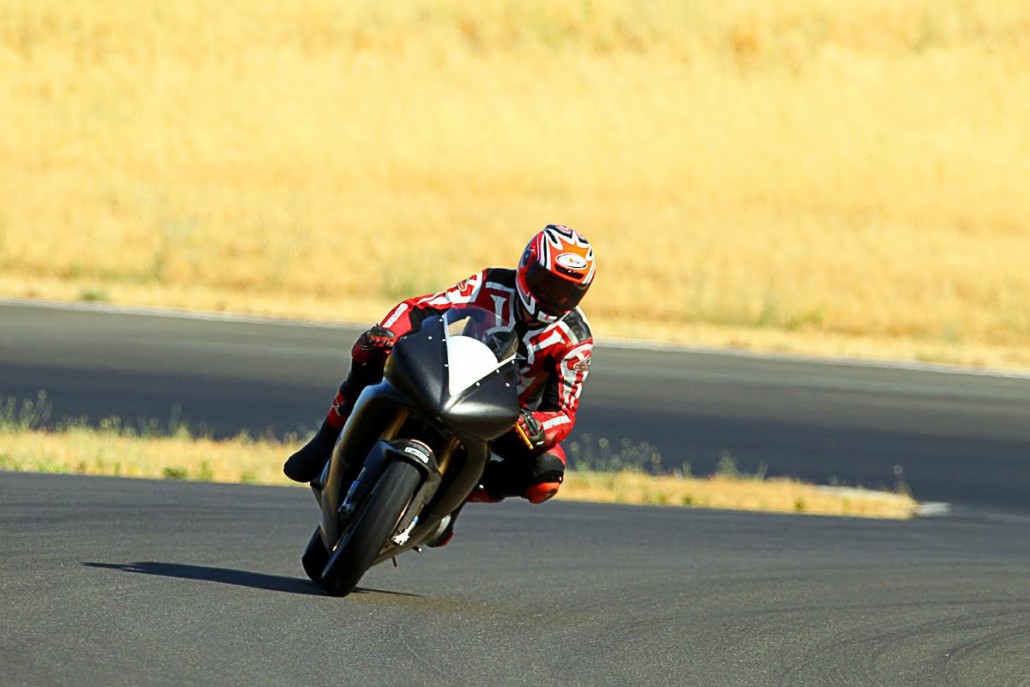 Nevertheless, it wasn’t going to be my first trackday to ride or work in triple-digit heat. I’ve had at least a handful of these kinds of days before. I hydrated plenty and early in enough in the week prior to the weekend’s events, and packed my cooler with water, coconut water, and plenty of ice to cool it all down as well as a wet hand towel to wrap around my neck for when I really started heating up. 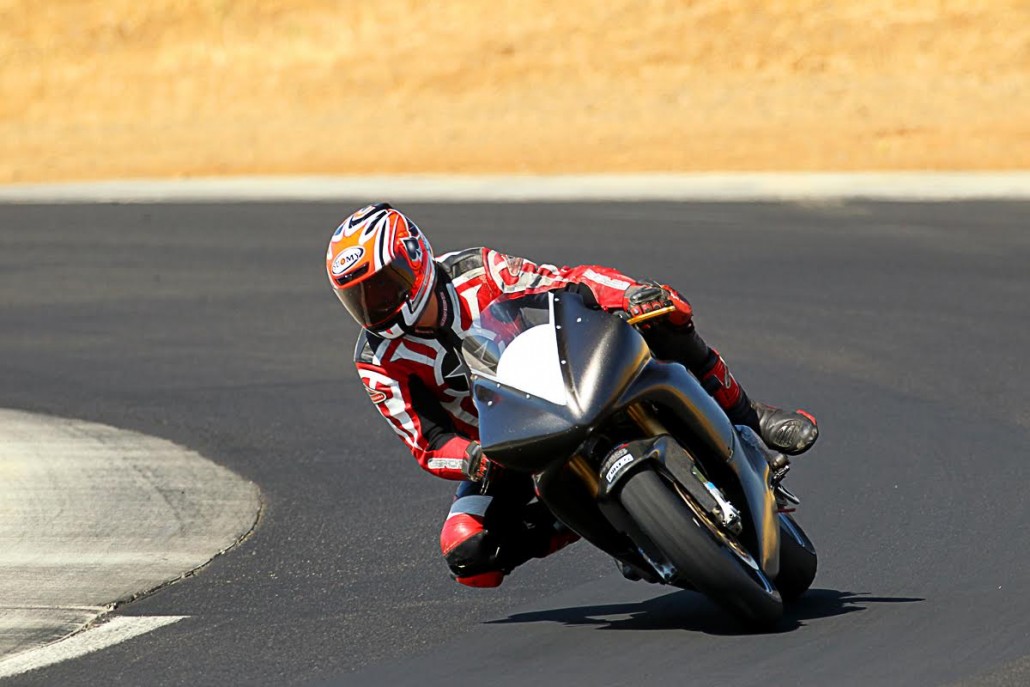 But they just weren’t enough. I think what I didn’t factor in was the fact that this event was my first event for the year. I was going in dead cold in every sense of the word. Couple that with the Saturday of the weekend’s event being Thunderhill Raceway’s 5-mile course (East and West), and I just couldn’t settle into a rhythm to regain my form that I ended with last season.

That was the top priority. It had been eight months since the last time I turned a wheel on the track and while I expected some attrition in form, I was hoping not to have given away too much. I don’t know if I did though, not at Thunderhill’s 5-mile course. Tried as much as I did to just relax and find my flow, I couldn’t. Not with so many corners to negotiate between two polarizing circuits stitched together, in severe heat. I had stretched like I normally do prior to riding, but my hips still cramped up within the first session. They kept at it until someone told me to go to the track’s cafeteria and take shots from salt packets.

I did, and it was genius. Cramps begone! 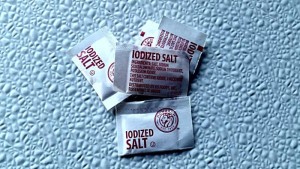 That helped, but not enough for me to want to continue pushing myself for the sake of simply getting comfortable again. It was just counter-productive. After I clocked my first 50 miles on the track for this year on my odometer, I parked my bike for the rest of that day after lunch. I stayed in my suit only for any recovery work we needed to do out on the track, but I was done riding for the rest of that day. I wanted to conserve myself for the next day, when we would only be doing the original 3-mile circuit (Thunderhill East), the layout I could really find my form in, push, and assess just how much attrition there had been during my down time. 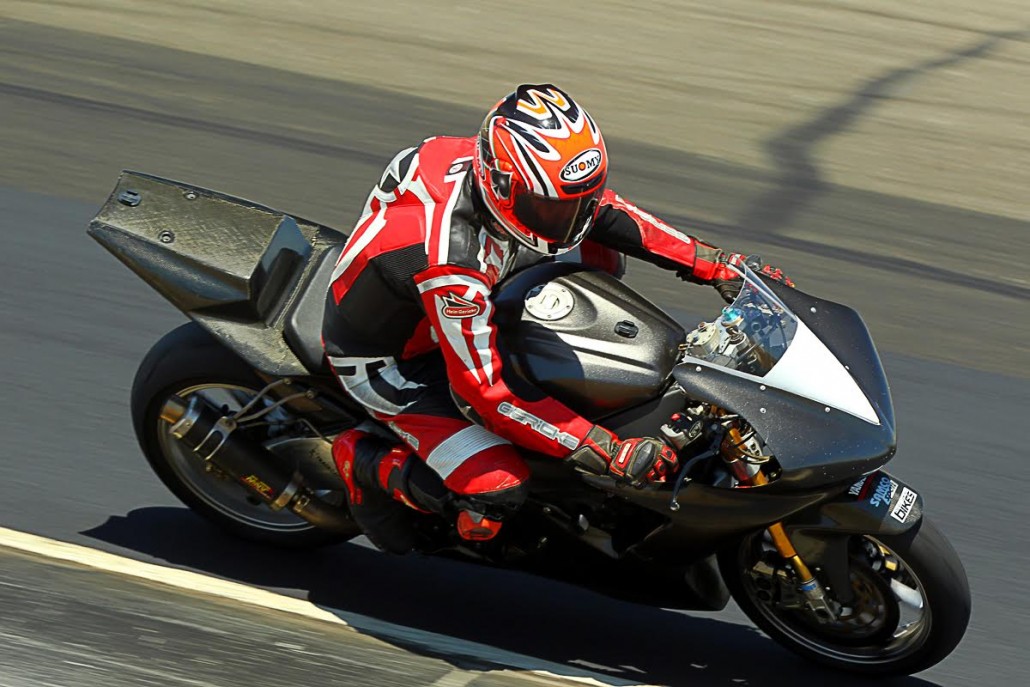 Over 50% of communication is body language. What am I saying here?

The upside is that my R1’s transmission woes are sorted definitively. It was at Thunderhill West last November when I did my last trackday and when my transmission issue basically got to its worst as there are a couple of hairpins in that circuit that I would find myself pinning the throttle in 2nd gear, which is where the transmission would slip the most. Well no more of that, and no more babysitting 2nd gear from here on out! 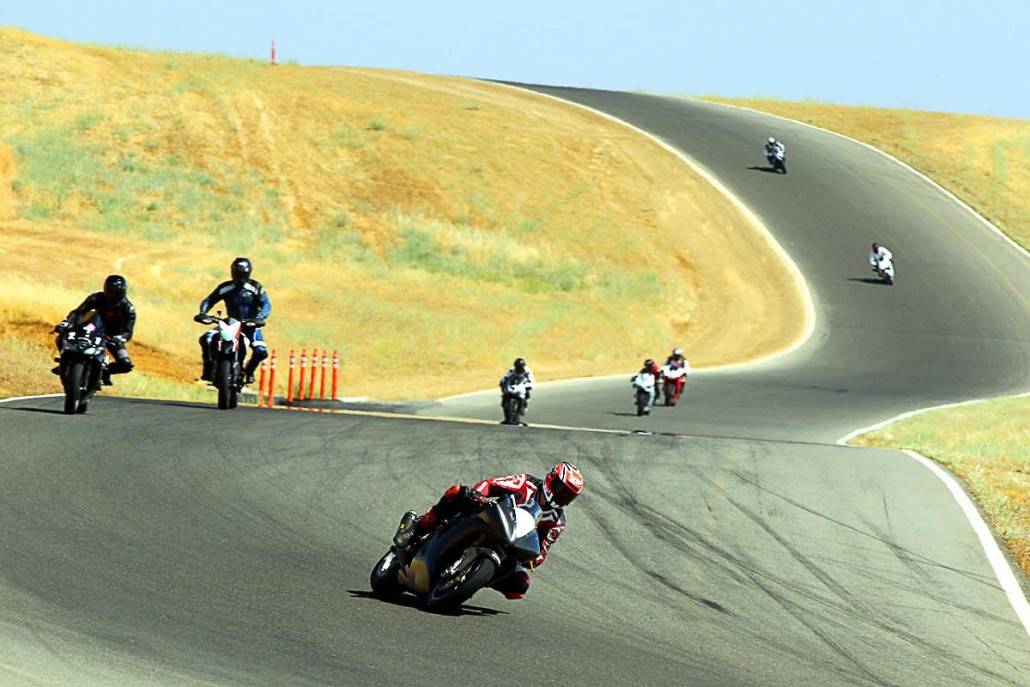 The day was already off to a better start than the day before. I don’t know if there really was only a two or three degree difference in temperatures for both days but whatever the delta was, was pleasantly enough. Even my truck overflowing coolant at the filler cap (faulty radiator cap) and my pit bicycle eventually getting a puncture on the front time couldn’t take my spirits down for the second day. The climate was perfect for a day around Thunderhill East’s 3-mile circuit, and I had even more friends attending that day’s event than the day prior, including my buddy Rob. And it seemed that those slight changes in ambiance was all I needed to hit the ground running on the track, picking up not too far from where I left off in form last season. 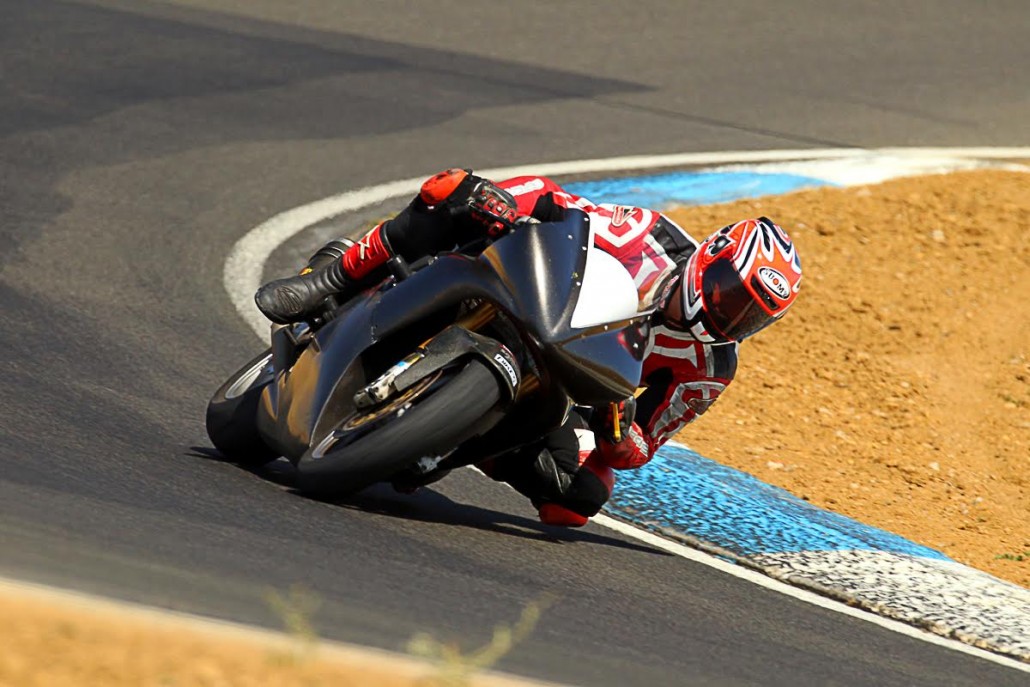 Again with the body language; loud and clear this time!

I didn’t run my lap timer or even had a camera turned on. You do this sport long enough and you just know when you’re either out or in your form. And on that Sunday’s morning, before the day even heated up to optimal temperatures, I didn’t need any gizmo to tell me I was back. It’s just the confidence that you feel in attacking the corners right out of pit lane; when your warm-up lap is still hot enough to be someone else’s flying lap; when you can loft the rear wheel inches from the ground under braking, yet in total control. 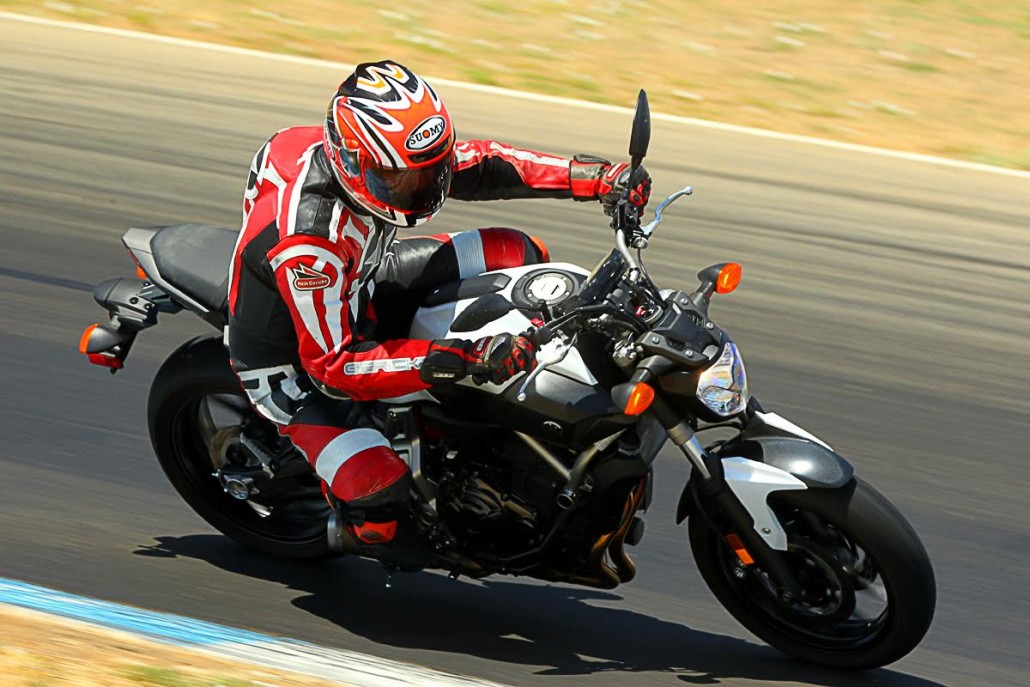 The all-new Yamaha FZ-07, our official Grid/Recovery bike for the year!

It didn’t matter that our Sunday event had more attendees and that we found ourselves with more work to do in grid and recovering than the previous day’s event. They didn’t affect my riding one bit. I wasn’t cramping up, I wasn’t heat-fatigued, and I was able to rack more miles out on the track than even I regularly did, clocking in just over 183 miles in the odometer by the end of our events. I even got a couple of chances to instruct a rider around the track. And by the end of that day, I had turned in quite a few laps with different friends, which is something I always enjoy regardless of the pace. By the end of the Sunday event, I had just over 180 miles in my R1’s odometer. 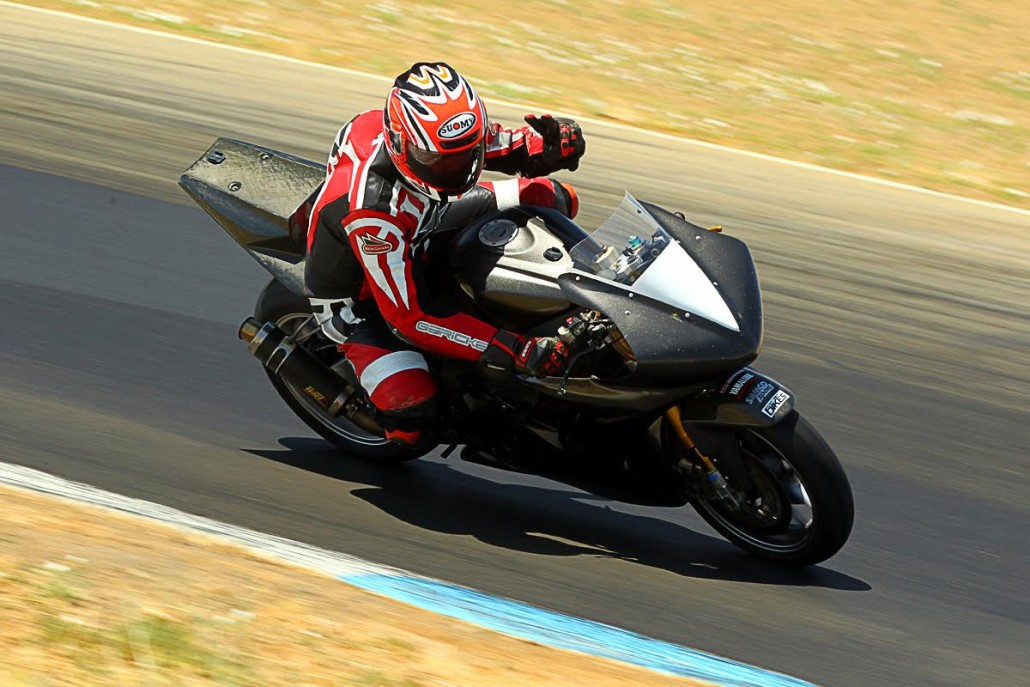