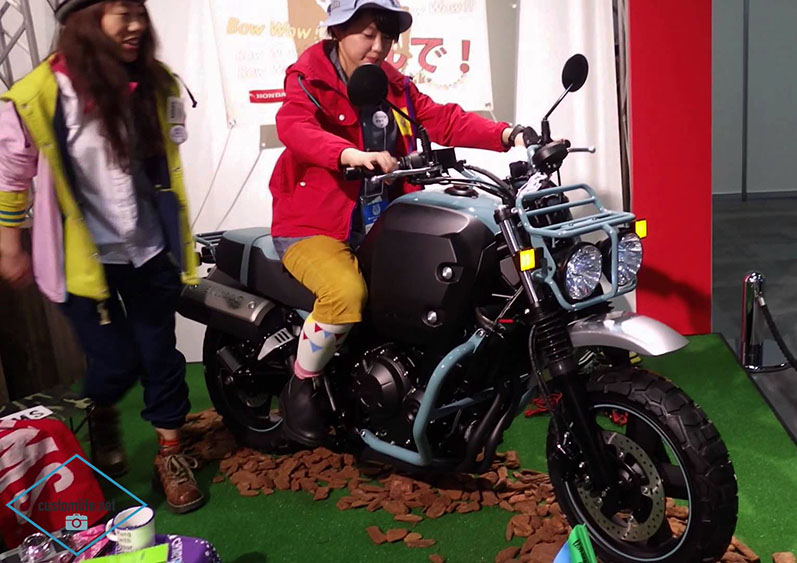 What if you could combine a scooter, a motorcycle and a dirtbike all together? Well wonder no more, as the Honda Bulldog has been born.

This is only a concept vehicle and is not for sale stateside just yet. With elements reminiscent of the Ruckus along with storage racks and low profile, the Bulldog is billed as a practical motorcycle for non-motorcyclists. In other words, lighter than a Harley and shorter too.

With a seat that is 28 inches off the ground it would work well for anyone that is not particularly tall. It also means you can have your feet flat on the ground. The tires even look usable for light off-road, a feature reminiscent of the scooters from the 1950’s that Sears sold in their catalogs. These days, those same scooters account for a large number of barn finds, since so many were sold to farmers and used to putt around their property.

Since the engine is 400cc you would still need to get at least a CM2 in California to drive it. It seems in Japan and other Asian countries a lower tiered license would be a big selling point.

The style is somewhere between a dirtbike and motorcycle. Being that is has just been unveiled no one can say how it handles. At 400cc it will probably go as fast as say a Bergman.

With its lighter weight and storage space, the idea is that anyone can ride it. Since it has a motor and is a bike once you start riding, ta da, you are now a motorcycle rider. If you are commuting to work or riding around the farm, Honda might have conceptualized the perfect combo bike for you. That is if it makes it to the USA? Here is hoping.