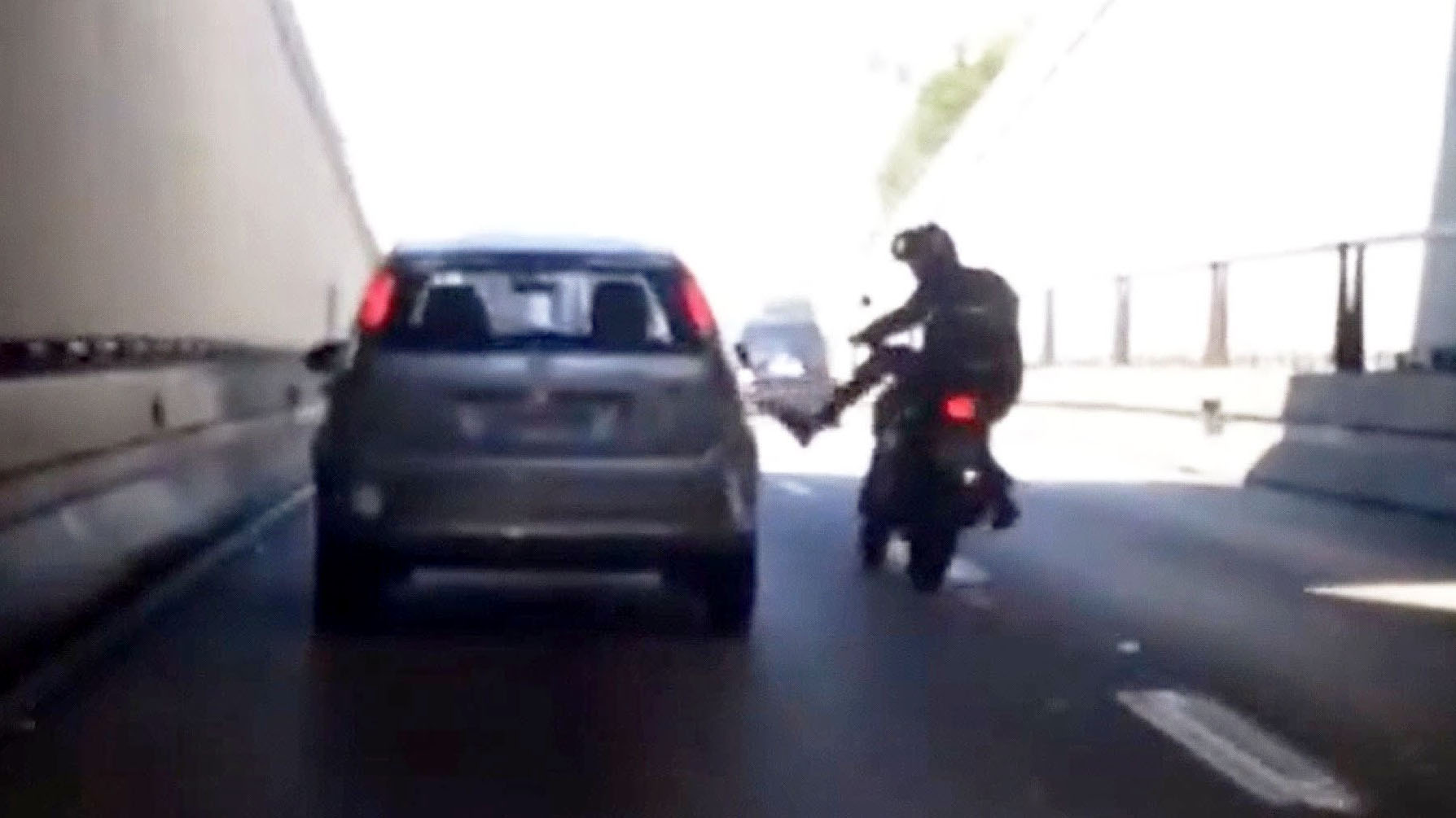 Recently I went and spent some time with my friend, Burak. He’s finally back home after his serious motorcycle accident in January. The topic of riding while angry came up, as he believes his brother, Tan, rides with too much rage. Tan explained other drivers make him upset while on the road. He went on to state his aggression is necessary in order to remain safe on the streets.

On my ride home and for the days after I couldn’t help pondering this. Does aggression and rage really help motorcyclists on the road?

We’ve all had very close encounters on motorcycles, I’m sure. Just last week an irresponsible a-hole on a cellphone almost side swiped me on the 405. Yeah, I honked at him and gave him the finger, but after the exchange I felt fine. After a mile of road was between us, I wasn’t enraged or sour anymore.

Riding is such an enjoyable experience for me, and I couldn’t imagine trying to sustain being angry at another driver for being careless for the duration of a ride. I’ve witnessed quite a few pissed off riders, and I feel like they make poor decisions sometimes while in that state of mind. I’ve even witnessed Tan make some unnecessary risks while out on rides. Risks which had the potential to cause more of an accident than the original offense by the driver in the car.

People rarely make good decisions while angry and on foot. The added pressure of operating a motorcycle seems like too much. Your mind is no longer present as it’s stuck on the thing that pissed you off in the first place, and it’s been my experience that mental presence has the ability to save lives in dangerous scenarios.

At the end of the day, if I’m on a motorcycle I’m happy. In fact, I go on rides when I’m in a bad mood in order to alter my state of mind. There are way too many endorphins being released while riding to waste them on negative energy. So don’t let anger or worries bring down your riding experience any day of the week. Because a happy rider is a safe rider.