Recently I joined a mellow group ride. This ride was designed to be rather newbie friendly with a road choice, group size and pace that were appropriate for relatively new riders who were reasonably comfortable on a twisty road. The group that showed up was well prepared for such a ride, with the ride leader having a reasonable amount of experience but with the ability to keep a newbie friendly pace, and fellow riders who were happy to go with the pace set. I offered to sweep, as I believe the sweep of any group should actually be one of the most experienced riders for a number of reasons.

Firstly, I believe the sweep should have the skill set to have the ability to avoid any incidents should the unfortunate occur in front of them. Typically the newer, less confident riders who have the highest likelihood of making a mistake, tend to position themselves at the end of the group. Chances are these riders are not overly familiar with the roads, their bike, or riding in general, and I strongly believe they should not be the ones responsible for making sure the last of the group makes it to the destination. 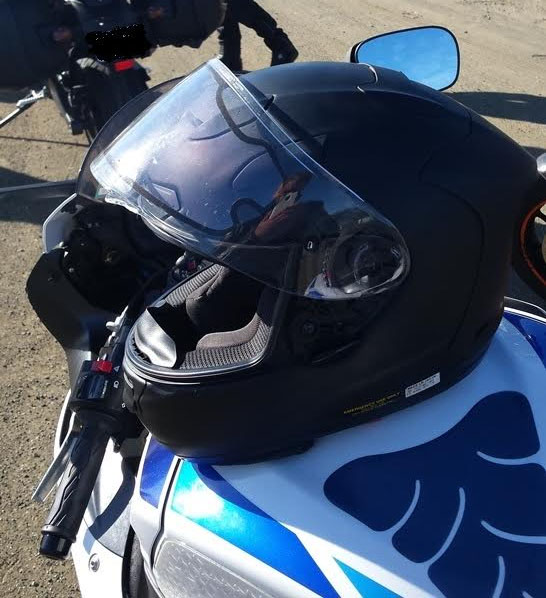 On this particular day we had a very new rider. He had only been on a motorcycle for about a month, although he possessed years upon years of bicycle and mountain bike experience. Throughout the ride, I observed the new rider. For the vast majority of the ride I was very impressed with his control, positioning and general handling of the bike. His years on a bicycle obviously helped immensely with his ability to understand his inputs, and his positioning in the lane was better than many more experienced riders. In that regard, he was one of the best new riders I’ve ever seen. All seemed to be going very well, and I was impressed with this rider’s skills for being so new.

Towards the end of the ride, however, we came across one corner that was a downhill, decreasing radius corner, and our newbie blew the corner. Thankfully he kept the bike stable and got back into his lane, and luckily no traffic was coming the other way. My assessment of why this had happened was that a) he wasn’t looking far enough ahead to see that the corner was tighter than anticipated and b) he didn’t trust that his bike could handle more lean.

That was the only incident for this rider, on a rather long ride. But all it takes is one incident for things to go very wrong. Afterwards, my biggest concern was less that it had happened, but more that the rider had expressed how the ride had been “slow, even for him.”

New riders are prone to ignoring the signs that they have exceeded their abilities, and even scarier, they are prone to believing they have more ability than they actually possess! I know I suffered from this for a very, very long time. It wasn’t until after a fair bit of time on a track that I began to realize how close to the edge of my abilities I had been riding for years on the street. It was a wakeup call. I petition all experienced riders to work with your newer rider friends to be sure they understand the gravity and learn that there is NOT the huge gap between ability and what they are doing that they believe exists. Until one truly knows their limits it is easy to not realize just how close to it you are…