The event itself has been going on for quite a few years now, but this year was my very first in attendance. Despite a friend of mine coercing me to attend annually like clockwork, I had always shrugged it off as "not my cup of tea". Actually, not being my particular fancy of tea isn't about the event itself (why wouldn't I go to a bike event, let alone a bike-building event?), but rather about my penchant for avoiding having to go to San Francisco (where the event is held) unless I absolutely have to. Don't ask what gives about me and the City, cause this neither the blog to discuss that anyway.

But yes, as petulant as it reads, I've been missing out on this event for years now simply because of where it's held. In fact, I'm sure I've missed out on a lot of cool events I'd probably fancy, just because of the City.

But you know, in this year when my motorcycle m.o. has shifted away from what I've been accustomed to doing these past few years and into things that I've always wanted to try or never even thought about trying, I thought it high time to finally attend The Dirtbag Challenge (DBC). 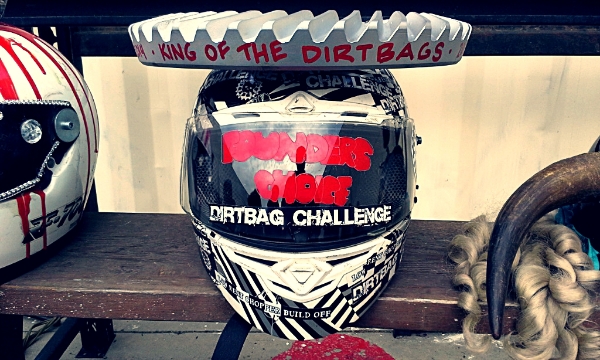 From The DBC's official webpage:

The Dirtbag Challenge started as a reaction to the increasing perception that a custom motorcycle had to be expensive. There is a belief that custom bikes are the exclusive right of rich pretty boys and media personalities, rolling around on cookie cutter motorcycles that cost the same as a small family home. Well that’s bullshit.

The Dirtbag Challenge is a low rent chopper build-off, featuring real world bikes for riding in the real world. More than that, at the heart of it is a need to do your own thing, to break away from the same old mainstream ideals.

DBC Builders are given one month to build their budget custom motorcycle, which begins when the DBC announces the start date for the builds. The total budget for your build including the bike should be no more than $1000. While you can go over that budget, it just wouldn't be in the spirit of the DBC. Further rules are your built motorcycle should be able to ride at least 100 miles, as builders meet at a designated location the morning of the event, and then ride to the DBC event in the City. Last rule is "No Harleys"; they didn't tell, so I didn't ask. 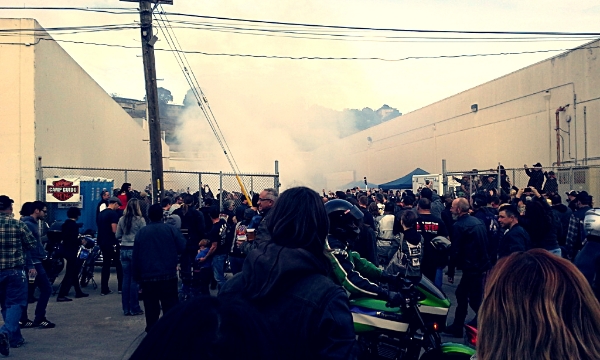 Where there’s smoke, there be Dirtbags.

Other than that, it's free reign, which is what I think is the best thing about the DBC. It's amazing what people can churn out with such a limited budget, and the gamut spans the spectrum from funny to amazing. My reaction to the built bikes was everything in between a good laugh to I-want-to-commute-to-work-on-that-thing!

All in all, I enjoyed the event, if not at the least for finally seeing the DBC bike builds in the flesh and appreciating both the craftsmanship and sense of humor the DBC builders can have. I may not fancy the City where the event is held, but I do fancy what the DBC serves up after all.

I may just come back for seconds. 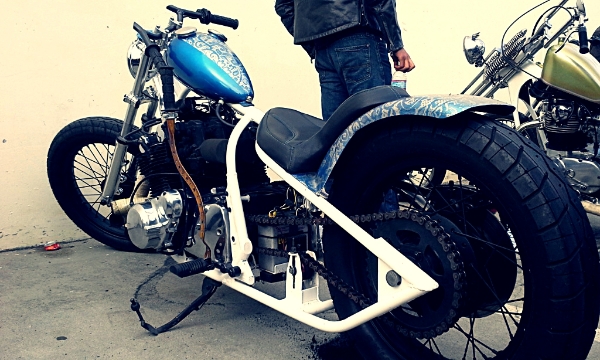 This one wins my vote for classiest DBC build. The only thing ridiculous about this build was how clean it was! A suicide-shifter I’d die for. 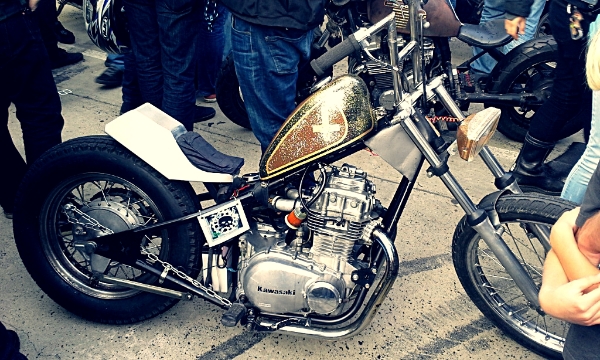 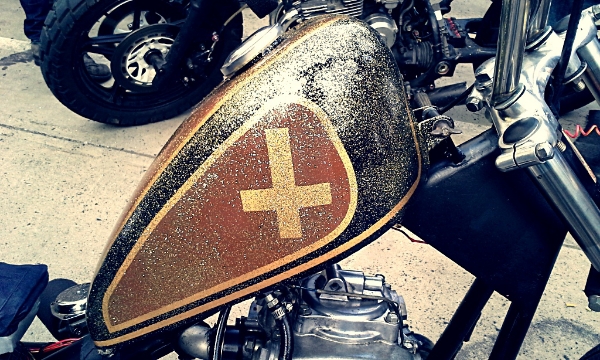 Dug the paint job on the tank the most. 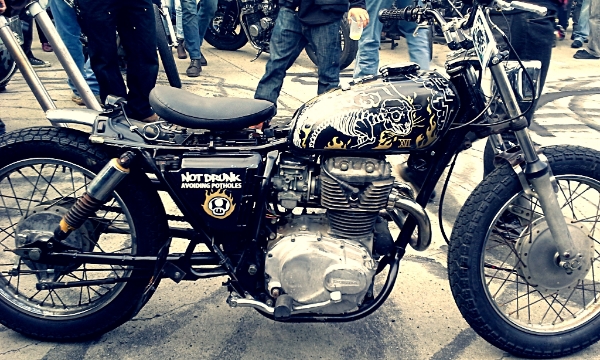 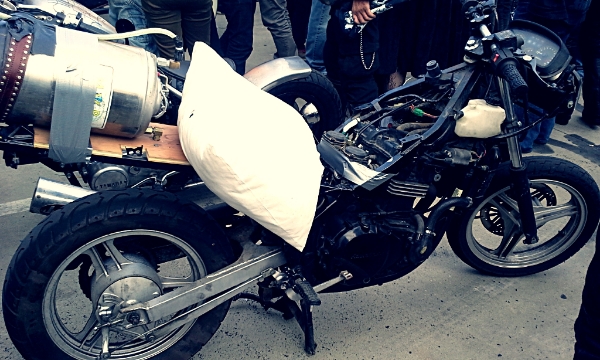 If nothing else, it looks to make for a damn comfortable ride! 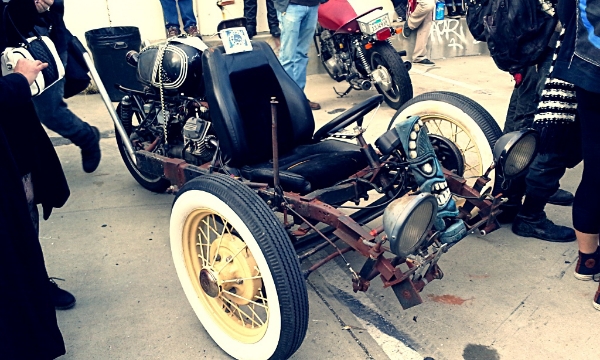 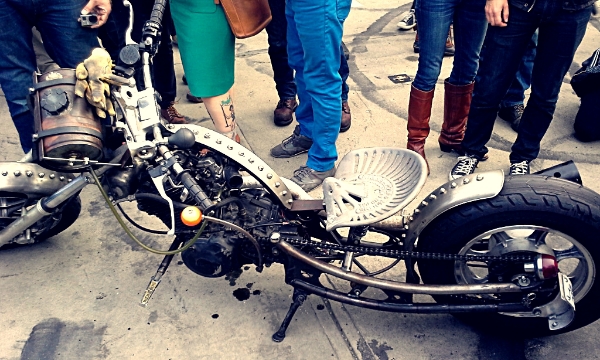 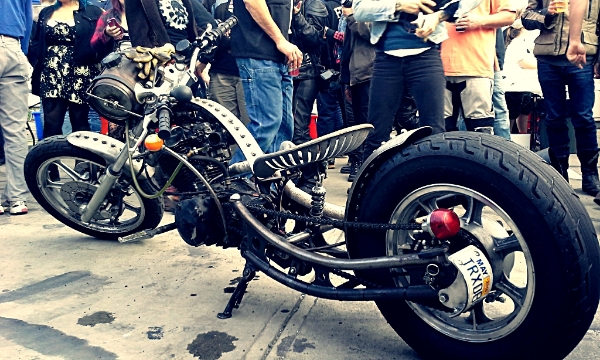 …I would commute to work on. Dead serious. 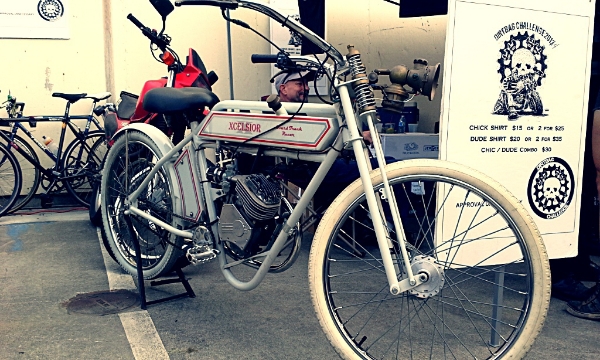 A display bike that I want displayed in my home. 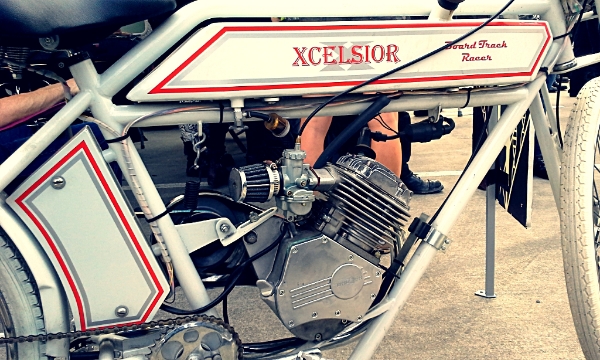