I’m in the midst of a two-week paternity leave from work since my wife gave birth to our second child on October 7th, but I’ve been on leave from sport riding far longer than that, having last been at Thunderhill in late August. And even though I’m due to return to work before October’s over, I may not return to some track action until early November, or worse, Thanksgiving weekend in late November.

So save for going to and from work on my 88 Honda NT650, it has been awhile since I’ve turned a wheel on my R1.

And so as I typically do during downtime from the track, I turn the wheels in my head; I visualize. 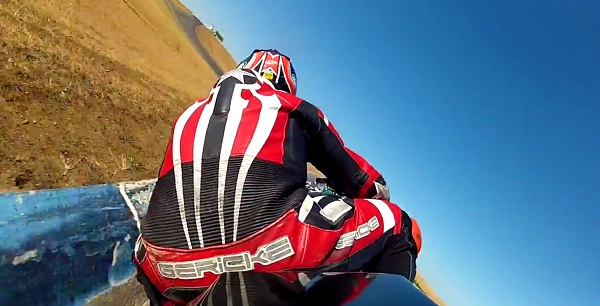 The above photo is a screen-capture, taken from the full video here.

Even though I’ve been known to rave about the power of one’s mind to visualize and recreate environments and actions, and how they can manifest physically out of one’s self, it never hurts to actually have visual aids. Be it photos or a video like above, to be able to empirically assess what you’re doing on your motorcycle while at speed on a racetrack is just as invaluable.

That’s why I made sure to at least turn on the camera during one session when I was last out at Thunderhill, so I can have something to re-view with so to speak, as far as my riding during this time when I’m not riding. It is incorruptible evidence of what I am doing while out trying to ride my best on the track; from a perspective outside of mine, I can see what I’m doing, and how it is translating to the bike on the track. I can see whether I am consistent with my form and my riding, and therefore consistent in hitting my markers or not. I can see my problem corners, and perhaps plot a plan to best tackle them the next time out, or at least tackle them differently.

While I am a firm believer in the power of one’s imagination towards self-improvement, you just can’t discount actual evidence you can observe and pick apart towards achieving your goal.

And in fact, your visual aid doesn’t even have to be of you. 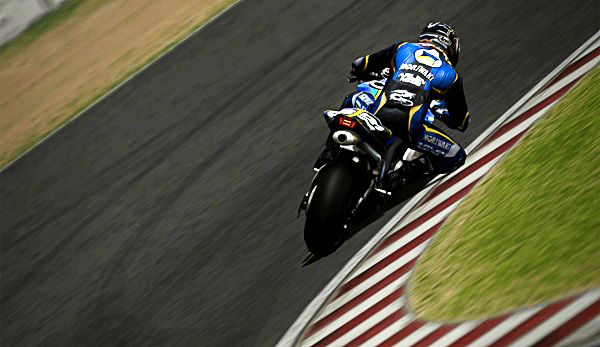 This IS me, or more accurately, a virtual “me.”

Video games of today have come so far in their ability to provide simulations of otherwise real events or environments, that even world-class motorsport athletes – be it in four or two wheels – have been known to make full-use of them in preparation for their events. At the very least, video games provide athletes who have otherwise never turned a wheel at a particular race track a chance to see which way a racetrack goes. There is of course no substitute for the real thing, but having an idea of the layout of a track is better than having none at all. When you’re a professional road racing athlete that’s only allowed three to four hours of track time to learn a circuit before having to race it, anything is better than nothing to start with.

For the average rider like myself, motorcycle video games provide even more information for me to consider when playing them. Games like Tourist Trophy, which in my opinion is the best motorcycle simulation video game made to date, provide the gamer so much feedback about their riding, that the gamer/rider can actually take them to heart towards their real-world experience. Not only can you tailor the rider’s body position to your actual form, but you can also study just how smooth you are on the throttle, brakes, and steering input, and evaluate how consistent you can be in turning lap times lap after lap. And since games like Tourist Trophy includes two real-world circuits that are practically in my backyard (Laguna Seca, Sonoma Raceway), I can keep riding those two circuits even when I can’t.

So you see (excuse the pun), the learning doesn't have to stop!

With visualization and visual aids, you can keep working on yourself in one form or another.