"Did I make his bed into a grave after all?" – Part III

Of course it was controversial to knowingly put a relatively new rider on a liter bike. Of course I was met with much disbelief that I was the one who actually advised Jairo to buy this bike, and OF COURSE I was expected to have some explaining to do.

So explain I did:

I just wanted him to "get it over with;" as a sport-riding enthusiast, I am fully aware of that period in a relatively new rider’s life when he just lusts for something bigger and better than what he already has. It's an unfortunate human and rider nature for those starting out. I went through it myself, and I know Jairo would've too. So I wanted him to just get that out of the system, and have a big bike already. In doing this, he can just focus on being a better and more proficient rider, rather than worrying about the package that he's got. I typically wouldn't have advocated such a big jump, but I did it with the intent to continue working with him whenever he's under my watch. I also somewhat compromised it by having him buy a much older model; he saved money, it's still an improvement from what he had, it's a platform he's relatively familiar with, and he won't have that nagging feeling that he could've had something better. Now he and I can just focus on making him a well-rounded rider, and when we finally get him to that point, then that's the point where it wouldn't matter what bike he would've been on.

Average sport riders like me and Jairo, we never outgrow a bike, especially the modern performance bikes of the current era. My twelve year old R1 is still waiting for me ask of it something that it cannot do, and though younger than my R1, Jairo’s nine year old GSXR-1000 has got an even longer wait for Jairo to ever outride it. Fact.

Also another fact: Average sport riders like Jairo and I never upgrade to a better motorcycle out of necessity. Fact is, upgrading motorcycles for average sport riders like us happens almost exclusively out of desire to have the new and improved offering, which has long been ingrained in our nature that we fool ourselves into believing we need to do it, even on things that are barely necessities.

The second fact I just pointed out, Jairo had already perpetuated well before he met me. It already happened, so I knew it was going to happen again. Had I been too preemptive or proactive in telling him to “go bigger”at the first opportunity? Perhaps, but I needed him focused in his riding, not on what he was riding. In an ideal world, he would still be in his EX250 to this day, but regardless if that were the case, our focus would remain in his riding because in the end, a knife can be just as deadly as a gun. It’s just the question of how quickly or easily you can hurt yourself with either one. 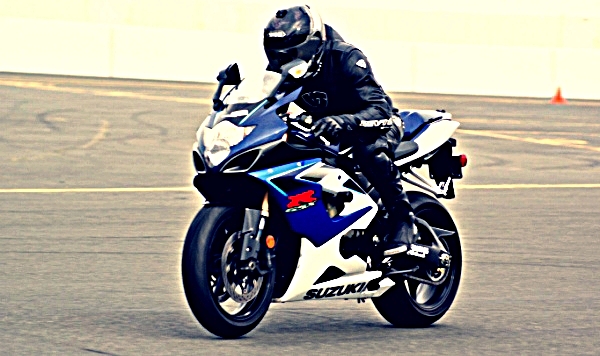 Your motorcycle won’t hurt you without your help.

So I simply made him pick the poison.

Then I tried to teach him not to use it on himself.