My last two posts explained about getting prepared for taking a motorcycle trip down to the Baja California peninnsula and some tips for getting around down there. Now let me share one of my experiences down south of the border.

Oddly enough, I met my partner for this ride through a classified ad. I was parting out a couple XR650Rs, and he needed a wheel after banging his up racing the Vegas to Reno. While completing the sale he mentioned wanting to take a ride down to Baja. I had been considering the same, and suddenly about a week later we were headed for the border. I rode my Honda XR650R from Orange County to his brother's house in San Diego, and from there we would make our way to Baja via the Tecate border. 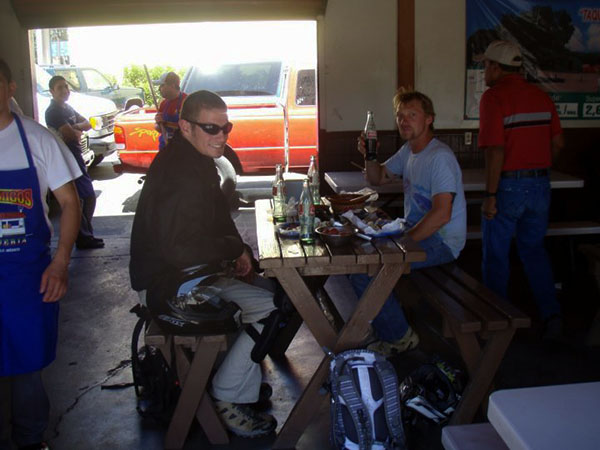 This photo was taken at a taco stand in Tecate, I'm sitting with a Baja guide that we rode down to the border with but who would not come with us beyond Tecate.

The first thing we did once arriving in Tecate was to grab some tacos! Street tacos are favorite among all Baja tourists whether coming down for the races or vacationing. After filling up properly we set off for our first day of riding that was to end in Parque Nacional Constitucion. Our day went as planned except a couple times requiring we ask locals for directions. We were riding without GPS, so getting around was done with map and local help. We set off from Tecate southeastward, riding through farmlands and small villages until we finally came out around Ojos Negros. From there we continued northeast to finally arrive to the windy roads leading up to Constitucion. 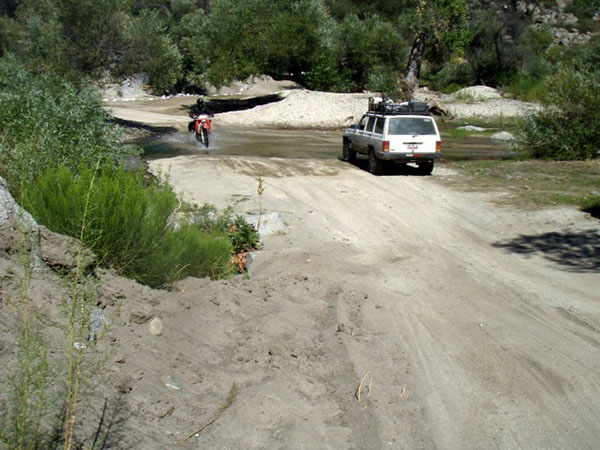 A water crossing south of Tecate

The tight roads in this area are incredibly fun, but beware of local traffic going about it's daily routine. People will often get tagged by vehicles coming around corners. We would eventually find a campground up in the mountains of Constitucion and rented a cabin for about $12 each including sleeping bag rentals. We bunked down for the night in anticipation of our journey onward to San Felipe the following day. The next morning we boarded our steeds and pointed ourselves southward. 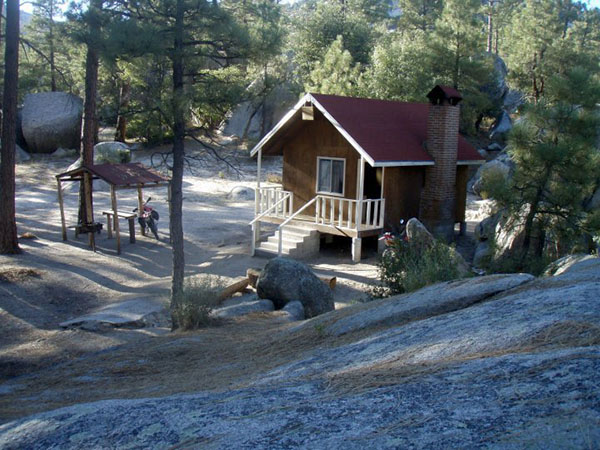 Our cabin in Constitucion

Now, I've been going to San Felipe for years for the two major races that go through there, namely the San Felipe 250 and the Baja 1000. Little had I known that through concentrated wisdom of Sal Fish as leader, SCORE had avoided the ridiculously hot summer months in San Felipe. As soon as we made our way back down the mountains of the National Park and hit Hwy 3, we began feeling the ridiculous September heat of the Gulf of California. 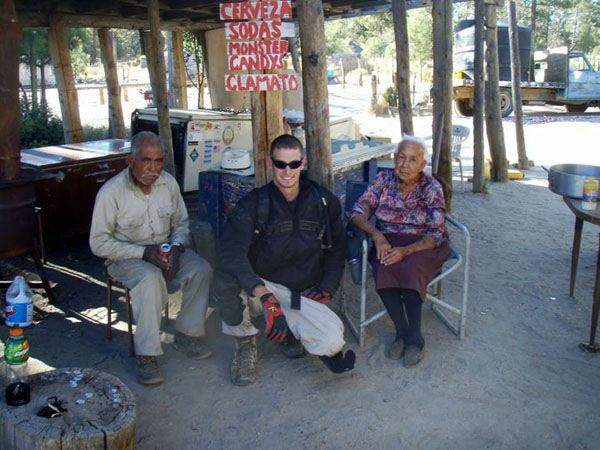 Something tells me I enjoyed this picture more than they did

I've done a lot of traveling throughout hot and humid Central America, but nothing has compared to the inescapable heat that we would endure for the next two days on the gulf side of the peninsula. Once we intersected with Hwy 5 we decided to try and give ourselves something interesting to do, so we rode our bikes out towards the water to see if we could follow some coastline down. This was a bad idea, as we ran right into some huge salt flats that proved difficult to navigate, but worse was that our bikes were beginning to overheat from the ordeal. I was running a Vapor computer and watched as my bike hit temperatures above anything it has been forced to deal with before. Finally we called it quits and B-lined it back to Hwy 5. After some creative line taking, we made it, and from there stuck to the highways all the way to San Felipe.

Once in town our first order of business was for a room with AC. We found it, and were somewhat unsurprised when the poor little HVAC unit struggled to keep up. We then hit the Malecon for some more tacos and a swim in the ocean to try and cool off. Unfortunately the heat was such that the shallow waters of San Felipe (and likely the entire gulf) became heated to near jacuzzi temperatures. We wallowed for quite some time, but found no relief in it. 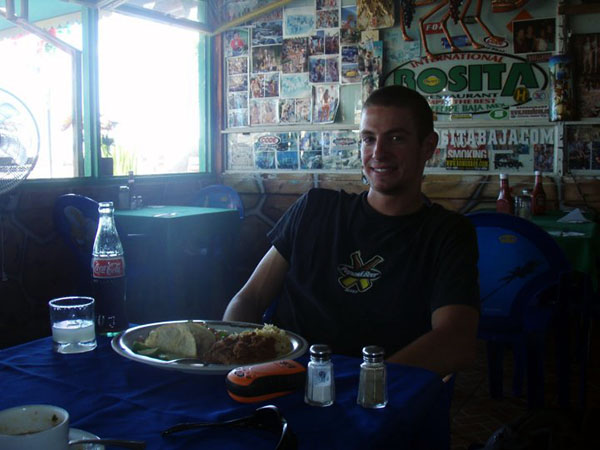 That night we took refuge from the enduring heat inside the room. The next day we would push off for Gonzaga Bay bright and early.