A biker called me a few days ago, and told me that he was stopped by a cop on a San Diego-area freeway while riding his special-construction motorcycle. The cop asked him what size his motor was.  It was 200cc, and the biker told him so.  I assume that the cop believed it was less than 150cc. (The legal distinction is that under the California Vehicle Code, a motorcycle with an engine smaller than 150cc is considered a “motor-driven cycle.”  These are not legal on some California freeways.)  The cop ended up giving him a ticket for no proof of insurance, and no valid motorcycle endorsement on his drivers license.

He is fighting the ticket, and asked for advice.  I told him that even with an attorney, these kinds of hearings can be very difficult to win.  It’s essentially the cop’s word against yours.  On top of that, the judge or magistrate can make rulings that are out of left field.  Below is a shortened version of the email I sent him on how to fight the ticket — in this case, arguing that the stop was an illegal search and seizure:

Here is what I would try.  Question the cop as to why he stopped you.  Keep it simple.  You want to establish that he stopped you on nothing more than a hunch that the bike was not big enough for highway use.

Do you recall pulling me over?
Why did you pull me over?
[If he says you were swerving, ask if he gave you a breathalizer or a field sobriety test.]
[If he says you were driving too slow, ask:]
(1) how did you determine my speed?;
(2) how fast was I going?; and
(3) what is the minimum legal speed where you stopped me?]
[If he says that your motorcycle looked illegal for highway use, ask:
What are the requirements for a motorcycle to be legal for use on that freeway?
[If he answers 150cc, ask:]
How can you tell what is 200cc, what is 250cc, vs what is 125cc?
What about my motorcycle caused you to believe that is was NOT legal?

After these questions, present your evidence.  Show the magistrate your registration, and the pictures of your bike, i.e., that it has blinkers, a license plate, valid tags, etc.  Tell the court that your bike is a legal motorcycle under the code, cite Vehicle Code sections 400 and 405, which establishes that a “motorcycle” is any bike with an engine of 150cc or more.  You may want to print out the DMV motorcycle handbook and take it with you to show the court.  Also, if you have one, bring in a witness or a witness statement, signed under oath, that states showing that you weren’t speeding or swerving.

Remember to stay calm, and be polite, even if the cop lies.  If you have to testify different than the cop does, don’t call him a liar.  Calmly and politely tell the court that the events are different than the officer recalls.  Do it nicely!

Then, here is your argument:
Your Honor, the stop was made without probable cause or reasonable suspicion of any violation.  And EVEN IF he had probable cause because he WRONGLY thought my motorcycle MIGHT be too small, once he found out he was wrong, any further search or detainment became illegal.  This is black-letter law, but nonetheless, I have case law to support this…

California Supreme Court case of People v. Wells says:
An officer must have reasonable suspicion to stop a vehicle.
“[T]o be reasonable, the officer’s suspicion must be supported by some specific, articulable facts that are reasonably ‘consistent with criminal activity.’ The officer’s subjective suspicion must be objectively reasonable, and “an investigative stop or detention predicated on mere curiosity, rumor, or hunch is unlawful, even though the officer may be acting in complete good faith.”  (Citation is 38 Cal. 4th 1078, 1083.)
Your Honor, That’s the situation here!!

In the US Supreme Court decision of Delaware v. Prouse, the Supreme Court expressly forbids law enforcement from making random stops to check for license and registration.

“The Fourth and Fourteenth Amendments are implicated in this case because stopping an automobile and detaining its occupants constitute a ‘seizure’ within the meaning of those Amendments, even though the purpose of the stop is limited and the resulting detention quite brief”  (p.653.)

“To insist neither upon an appropriate factual basis for suspicion directed at a particular automobile nor upon some other substantial and objective standard or rule to govern the exercise of discretion would invite intrusions upon constitutionally guaranteed rights based on nothing more substantial than inarticulate hunches . . . .”  (p.661.)

“Accordingly, we hold that except in those situations in which there is at least articulable and reasonable suspicion that a motorist is unlicensed or that an automobile is not registered, or that either the vehicle or an occupant is otherwise subject to seizure for violation of law, stopping an automobile and detaining the driver in order to check his driver’s license and the registration of the automobile are unreasonable under the Fourth Amendment.”  (p.663)

In other words, Your Honor, even if the stop was reasonable, which I don’t believe it was, as soon as the officer saw that the vehicle was legal for highway use, any further detainment was unreasonable search and seizure.

In the case of People v. McGaughran, the California Supreme Court held that even if a stop is initially lawful, it becomes illegal if it continues beyond the time necessary to resolve the initial reasonable suspicion.  (The citation for that case is 25 Cal.3d 577.)

Any evidence found during an illegal detention must be suppressed by the court.  (This law can be found in all kinds of federal and state cases.  He’s a citation for you: People v. Lusardi, 228 Cal.App.3d Supp. 1, 4.)

Therefore, your honor, I respectfully request that these citations against me be dismissed as “fruit of the poisonous tree.”

I know that it’s a lot to digest, and your best bet is always to have an attorney fight for your rights.  But often, the cost of a decent attorney precludes that option.  Hopefully this information will give some ammo to help fight if you find yourself in a similar situation.  If you’re a biker in California, and you have specific legal questions, contact the motorcycle accident lawyers here at Riderz Law.  We’re happy to answer legal questions for you! 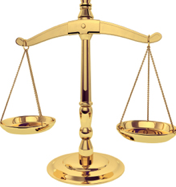