In 1987, Regan was still president, the Bengals were teaching us how to Walk Like an Egyptian, and I was playing Atari and riding a five-horsepower Briggs & Stratton-powered mini-bike.  Oh, and one United States Senator from Missouri was trying to outlaw sport bikes.

In September 1987, American Motorcyclist, the monthly journal of the AMA, wrote an expose on the attempt by a US Senator to put an end to the sale of sport bikes in America.  The article began:

As this issue . . . goes to press, a United States senator is entering legislation that would establish federal safety standards for “high-powered” motorcycles used on public highways.  The bill is designed, in the senator’s own words, to control these “killer motorcycles.” 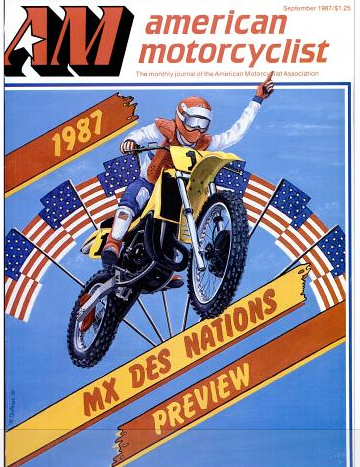 According to the article, Senator Danforth had drafted the legislation “without consulting either the nation’s largest user group (the AMA) or any representative from the motorcycle industry,” or even the National Highway Traffic Safety Administration.

Entitled the Motorcycle Safety Act of 1987, the Act was an attempt to establish “maximum rate of acceleration” of motorcycles, as well as a “maximum horsepower to weight ratio” for motorcycles.

The bill was full of hyperbole.  “The marketing of these killer cycles is a lesson in corporate irresponsibility.  They are made by Japanese manufacturers under names such as Kawasaki Ninja, Honda Hurricane, Suzuki GSXR and Yamaha FZ.”  The bill went on to compare the sale of motorcycles, to selling drugs to children.

Spoiler Alert: The bill never became the law of the land, and sport bikes are still legal in the US.  We’ll tell you the rest of the story this week.  (Or you can read more about it now at AllAboutBikes.com)