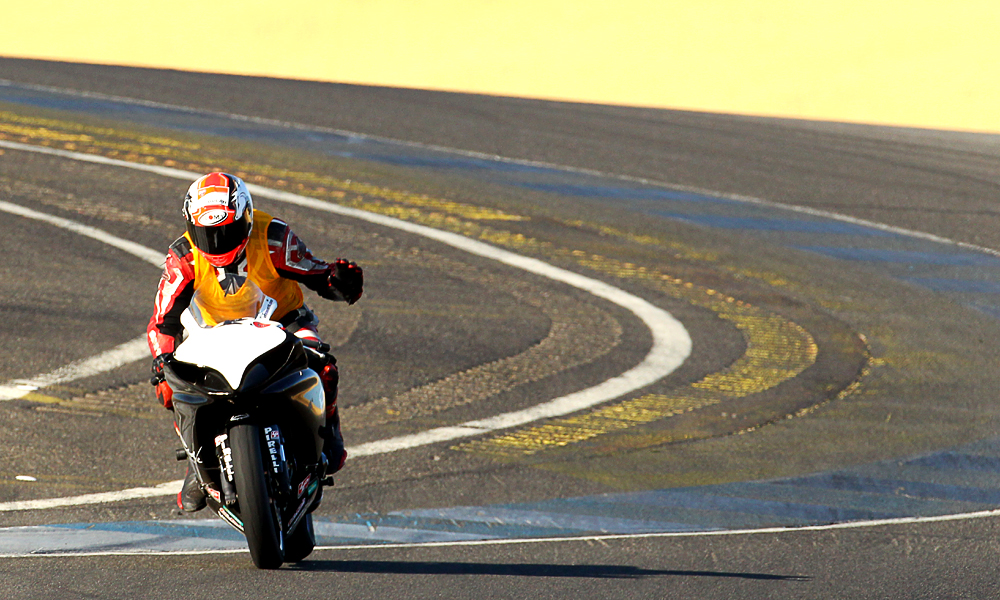 I try to see the silver lining in things. It’s how I take little victories even in frustrating situations. For example, it does suck to have get up a few minutes earlier to gear up for my work commute on a motorcycle, but at least I don’t have to sit through traffic in a car. Conversely, the few times in a year that I do drive to work and sit through traffic, at least I’m doing so in the comfort of my climate-controlled car.

But for a good while there I couldn’t seem to find any on my 09 R1. In fact, when I should be taking little victories, I can’t help but focus on my shortcomings.

I was putting myself through a fast track for getting up to speed on the 09 R1. Even though I had spent almost all of the last decade aboard my 02 R1, I had hoped my honed abilities as a track rider would allow me to pick up the pace pretty quickly on the new bike. Not only did I expect myself to go as quick on the 09 R1 as I did on my 02 R1 in a short amount of time, I wanted to go even quicker. I’ve longed said out loud how I knew that I was just persevering on my 02 R1, that given the chance to be on a newer model, I would definitely go as quick if not quicker. Each day that I did on my 09 R1 only served to prove me right. I can go quick. I can go quicker. The bike feels every bit ready to do it as soon as I was. I just needed to get comfortable.

It does help to use a proper lap timer now, because I can now set goals by the numbers. No more feeling things out – each ride is represented by a set of numbers in my lap timer, and each goal is to see a set of numbers lower than the last. In some ways, it actually made things easy for me – I no longer needed to feel if I was going any quicker out on track. I can just put my head down and ride, and let the numbers do the talking back to me. It also helped that my HealTech QuickShifter Easy in my 02 R1 plugged straight to my 09 R1 and played right away, helping to make the bike that much more comfortable for me to go fast on.

And I was going faster. From June through October of 2018, each day I did on the 09 R1 yielded lap times faster than the one before. It didn’t actually take long for me eventually be doing the same lap times I did on my 02 R1, and even sooner until I went faster. I had always wanted to be able to do Thunderhill Raceway in less than two minutes, something I had not been able to do on my 02 R1 despite all my years of trying. And while I did ask my friend Robert Pierce to help me reach the same goal on the 09 R1, I certainly didn’t think I could do it before the year was over. But I was getting closer.

And still I was frustrated.

See, each time I went quicker and would see so on the lap timer I would be slightly disappointed instead of elated. Because I was still riding sloppy. Riding like I was still getting used to a new to me bike. I haven’t been able to run a clean lap around Thunderhill Raceway since my 02 R1, as each ride on the 09 R1 was a learning experience. It was great that I was going quicker, but it was more important for me to ride cleanly, more comfortably. I just always knew that doing the latter would guarantee the former, so I couldn’t help but look at my lap times as they dropped and think, “I could’ve gone quicker.”

But like some of my friends have told me over my progress:

What can I say?