I’ll confess that I’m equal parts admirer and rider when it comes to motorcycling. I appreciate the finished product both as something to put under gallery lights half the time, and race the sun the other half. This applies to every bike I’ve ever owned.

And whereas the common man may look at exquisite Italian superbikes as something more to admire than thrash around, I never got that memo. Not after the first time I rode an Italian superbike on track. That was when I realized the Italians simply knew how to package fine cutlery. But to really appreciate them for what they are, you gotta grab ‘em and really carve tarmac with them.

So you know the tradition must continue with my MV Agusta F4. 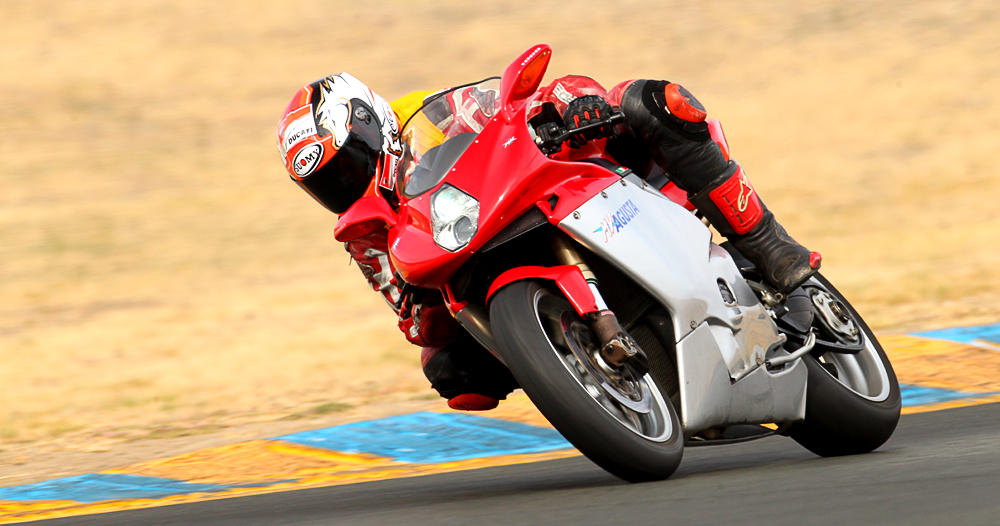 It didn’t take me long to bring the F4 out on track. It took me months, even up to a year before I took my Aprilia and Ducati out on track. But not with the F4. Maybe it’s because I consider myself a seasoned track rider now, so whatever reluctance I used to have with bringing my ‘nicer toys’ out on track hardly leaves me reluctant at this point. Or maybe it’s because of the F4’s racy engine, just begging me to wring it out properly since the first day we got introduced.

Here’s the thing – track days are for you to really get your money’s worth on your motorcycle, especially sportbikes. You might be more daring then I am these days when it comes to sport riding on public roads, but I’d still win the bet that as hard you can ride on the streets, you’re still not getting close to finding out what you sport motorcycle is really capable of. You need the track to really get to open them up. And if you own an Italian sportbike, its even more mandatory for you to take them out on track. All sportbikes come to life out on track, but the Italian ones, well, they simply start to make sense. Everything about them starts clicking, and everything that you hate about them out on street becomes shining virtues out on track.

The F4 is no exception. Its brutal engine is at home on race tarmac, and its beefy front end and long wheelbase is reminiscent of how stable my 749S was under braking and cornering. Every straight got shorter and every short straight became nonexistent with how quick the bike revs up to accelerate, that the front brakes became the weak factor as some brake fade eventually settled in. Nothing that some racing brake fluid can’t remedy though, I presume.

Still, the F4 really is at home on the racetrack, its exquisite looks just belie it. Its almost a tragedy how great the bike looks, cause I understand how delicately most people want to treat it.

But I promise you: There’s a honey badger underneath all that honey. 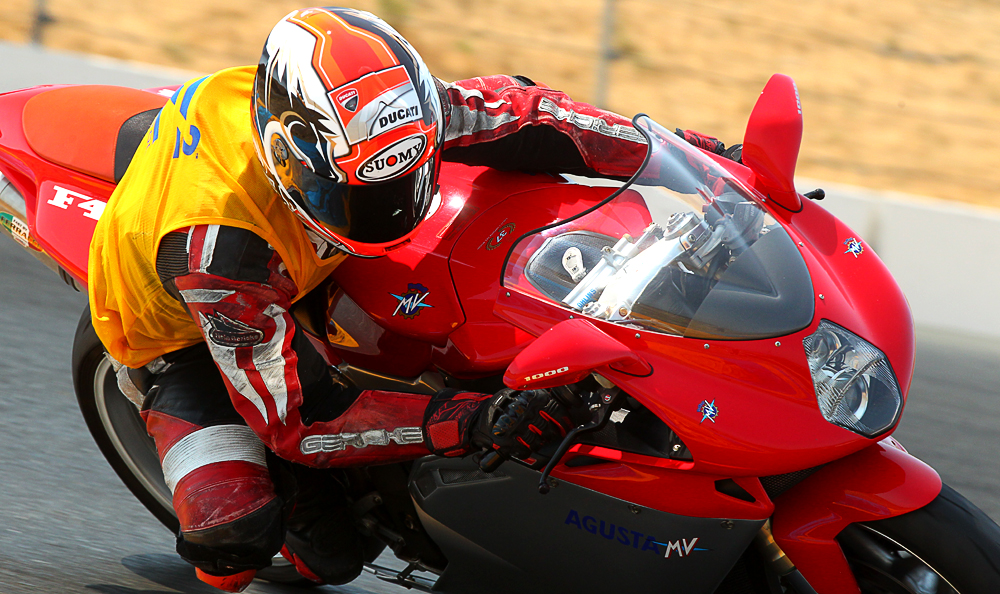 I remember after taking the 749S out on track writing that it was in danger of becoming just a track bike. The only reason the F4 isn’t in danger of the same now is because of how drop-dead gorgeous it is. I feel like I’d be doing the motorcycle world a disservice not to be riding it out in the real world. I think back on how rarely it was that I would see one before owning my own. It’s bad enough they were produced in low numbers, but in all likelihood the few that were bought were probably garaged during most of their ownership.

I would be justified in putting this motorcycle art in a gallery, but I feel this one deserves to be paraded.

It just wouldn’t be a bad idea to take it to a catwalk every now and then.

Let it work that runway.