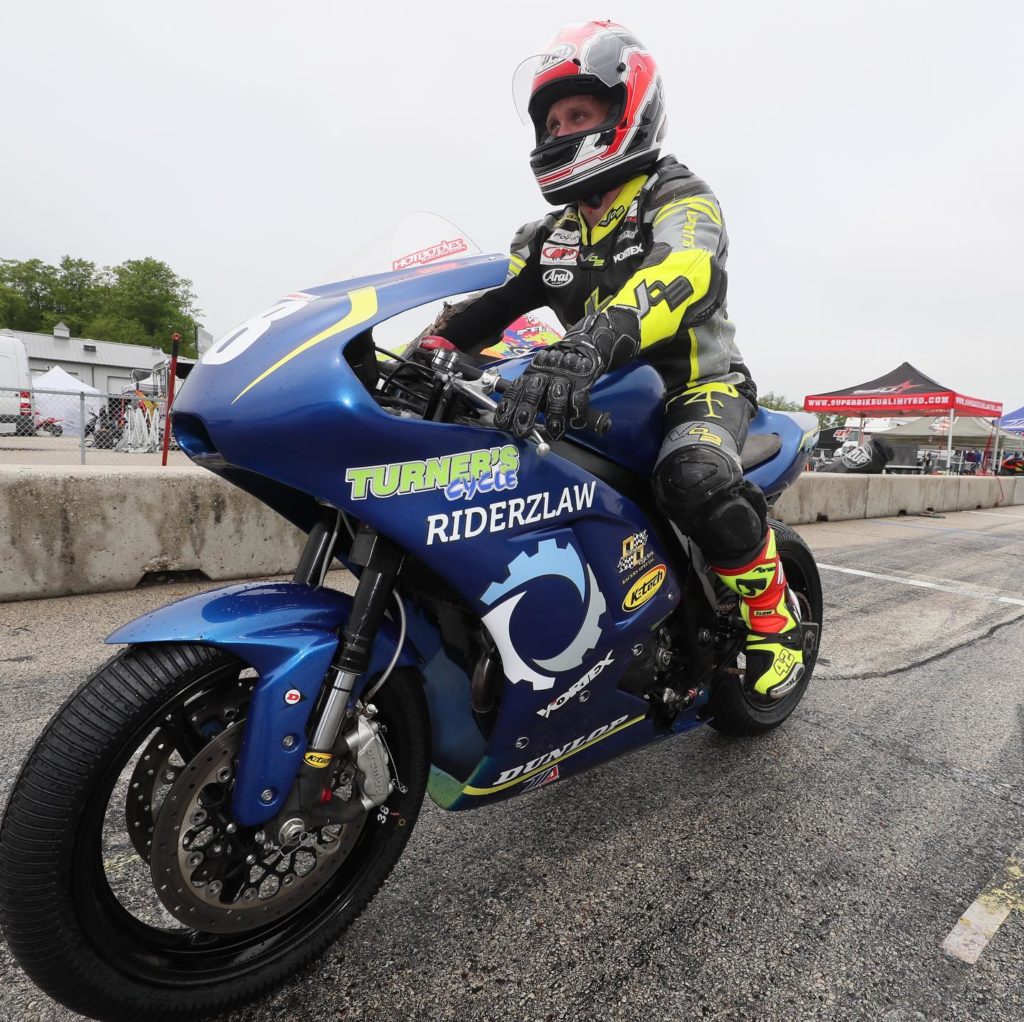 Starting at the young age of three-years old, he spent his childhood at the motocross tracks in Eastern Tennessee.

Then things would take a drastic turn in 2005, at the age of 12, he decided to give road racing a try. That first year, he won the GP85 championship in SEMRA (South Eastern Mini Roadracing Association) on his Yamaha YZ85. Then in 2006, he moved up to a Honda RS 125 chasing WERA Regional and National Series with a novice license. Every finish he had was a top-ten with 23 podiums and 11 wins. Little did he know, this was just the beginning.

Kris was invited to the Red Bull MotoGP Rookies Cup in Valencia, Spain. He spent three days trying out and from over 2,000 applications taken around the world, he was chosen in the top-22 to contend in conjunction with the 2007 MotoGP series. Kris was the first American to podium and first American to win a race and finished the season with four top-ten finishes, including two podiums.

Kris came back to the states and rode the M4 Roadracing World Suzuki contending in the WERA Regional and National Series. He took home 20 podiums throughout the season, including five national wins and capturing the C Superstock Expert National Championship, to obtain his professional racing license. That year, Kris, also got a wildcard to compete in the MotoGP 125 class at Indianapolis Motor Speedway. He qualified for the race and battled with the best in the world in the rain.

In 2009, with his Dad his side, he started on a four-year journey chasing a privateer dream out of the back of a box van. Kris competed in the Daytona Sportbike class and the first three years he raced on a Suzuki GSXR 600 and in 2012 he had the opportunity to ride a Triumph 675R. Throughout these years, he was a regular top ten finisher and was also invited back, once again, as a wildcard in the MotoGP 125 class at Indianapolis in 2010.

After taking six years off, Kris decided half way through the 2018 season to get back into racing. He purchased a Suzuki SV650 and put all of his time and effort into making it MotoAmerica competitive. he was able to make five out of the ten total rounds in the MotoAmerica series to compete in the Twins Cup class. His hard work was rewarded with three podiums, including one win at New Jersey Motorsports Park and finishing third overall in the championship. Kris also was able capture the 2018 AMA Lightweight Twins Superbike Expert National Champion at Barber Motorsports Park in October.